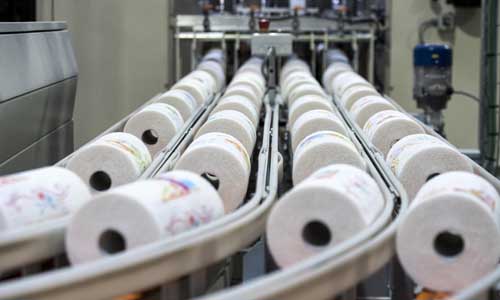 Major energy supply agreements in line with the transition path to a low–carbon economy espoused by the Sofidel Group have been entered into. A plant that uses only syngas is under development in Sweden.

In 2021, Sofidel’s financial results return to pre–pandemic crisis levels and confirm the Group’s steady growth. In fact, the second half of the year especially saw the consolidation of sales in Europe and – thanks to the new production capacity installed, at full capacity for the entire period – a significant strengthening in the United States.

Essentially, after the extraordinary year of 2020 (thanks to peaks in demand linked to consumer purchases during lock–down periods and the first in which the company exceeded two billion euros in sales) Sofidel resumed its path of steady growth even if – due to the strong impact of rising raw material prices and the impossibility of reversing the impact on product sales prices – margins and economic results were partly affected.

Nonetheless, the Group has confirmed a consolidated turnover of over two billion euros (net sales of 2,095 million euros) and an EBITDA margin of 10.42% in a difficult context.

Among raw material prices, the first half of the year was particularly affected by the price of cellulose, while in the second half the very sharp increase in energy prices (more in Europe, less in the United States) weighed on the cost structure.

“In a very difficult economic environment in which the impressive rise in commodity prices has affected economic performance, we can define the results related to business development as good. Sofidel sees its sales strengthened, as well as, thanks to the continuation of its sustainability strategies, its competitive conditions,“ commented Sofidel Group Chief Executive Officer Luigi Lazzareschi.

“The figures in the Sofidel 2021 financial statements are important prerequisites for continuing the path of innovation and transition to a low–carbon economy that characterizes the Group,” added Sofidel Group Chairman Edilio Stefani.

Precisely on the energy front, which is experiencing a moment of profound transformation at a global level, Sofidel has launched a new phase in its procurement policy that sees the Group committed to the purchase and self–production of electricity from renewable sources produced by newly built plants through long–term supply agreements.

This is the nature of the agreements already signed in Italy with RWE Renewables for the supply of wind energy and, in Sweden at the Kisa production site, with Meva Energy for the construction of a renewable gas production plant (syngas produced from woody biomass from the local supply chain), probably the first plant of this type in the world in the paper industry. Also significant in this context is theinvestment made at the Baglan plant, in Wales, for an energy efficiency intervention that will lead to significant reductions in climate–altering emissions.

Still on the subject of environmental sustainability, at least two other salient facts should be noted. Sofidel has further increased its commitment to protect forests, preserve biodiversity and help protect the rights of local communities that depend on them by joining, as one the first companies in the world, the “Forests Forward” platform launched internationally by the WWF. In the U.S. meanwhile, throughSofidel America, a partnership to protect ocean ecosystems has been established with Ocean Conservancy.

Among recent achievements is the addition of Sofidel on the CDP 2021 A List for combating climate change and the Platinum recognition received from EcoVadis for the approach to sustainability.

As far as governance is concerned, it is important to highlight the establishment of a new internal committee: the Risk and Sustainability Control Committee (CCRS) with Chiara Mio as chairman and Silvio Bianchi Martini and Alessandro Solidoro as full members.