Return to profitability for Sappi in third financial quarter 2021, and good prospects for the end of the year 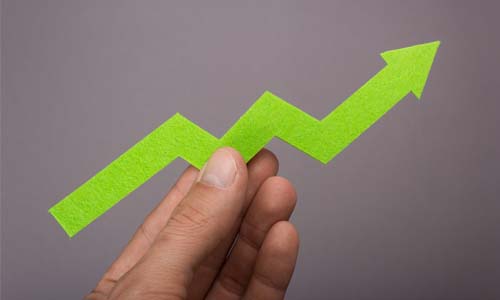 Commenting on the group’s results, Sappi Chief Executive Officer Steve Binnie said: “We have seen a significant improvement in market conditions in the majority of our trading regions during the quarter. This contributed to a material increase in quarter-on-quarter EBITDA and an overall return to profit of US$18 million.”

Looking forward, Binnie stated, “Given the favourable conditions for DP and packaging and specialities combined with tighter graphic paper markets, offset partially by the loss of production volumes from the South African civil unrest and higher raw material costs, we expect an improvement in the fourth quarter EBITDA relative to the third quarter.”

Financial summary for the quarter:

The quarter-on-quarter improvement in group EBITDA and overall return to profit of US$18 million was driven by strong dissolving pulp (DP) prices and an excellent performance from the packaging and specialities segment. These gains were partially offset by ongoing global logistical challenges which impacted export deliveries and costs in all three regions and lower margins in Europe due to significant input cost inflation.

Higher selling prices facilitated a substantial increase in EBITDA for the DP segment and sentiment generally remained buoyant on the back of steadily improving retail demand in the apparel sector. The average Chinese market price for hardwood DP increased 19% on the prior quarter to US$1,088 per ton. However, increased stock levels of viscose staple fibre (VSF), yarn and grey fabric through the supply chain exerted some downward pressure on the VSF price and consequently led to a gradual reduction in the Chinese DP price at quarter end. DP sales volumes for the quarter were below expectations due to a loss of production volumes at the Saiccor Mill and shipping delays in both South Africa and North America. The planned maintenance shut at Saiccor Mill in May was extended and the subsequent start up took longer than planned, which resulted in a production loss of approximately 40,000 tons. Due to COVID-19 travel restrictions, original equipment vendors were unable to travel to South Africa. As a consequence, the execution of a number of critical projects during the shut was negatively impacted. Shipping delays at quarter end further reduced sales volumes by 21,000 tons.

The EBITDA in the packaging and specialities segment reached a new record high and contributed almost half of the group EBITDA. Sales volumes increased by 23% compared to the equivalent quarter in the prior year and validate the strategic actions taken to reduce exposure to graphic paper through diversification into this segment. The growth in sales volumes and the improved margins are reflective of the encouraging progress in North America to optimise the product mix at the Somerset Mill and a strong containerboard performance in South Africa.