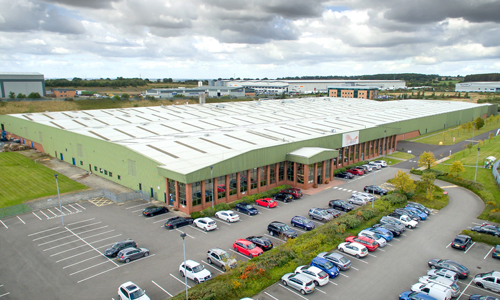 VPK is proud to announce a renewed shareholdership for corrugated sheets supplier CorrBoard, located in Scunthorpe (UK). Through a 50% share, VPK becomes major shareholder of the consortium. The new shareholder structure aims to bring added financial security to the company as well as an ambitious investment strategy going forward. Read the full release below, issued by CorrBoard.

VPK Group NV has increased its shareholding to become a 50% shareholder, through a subscription for new shares and the acquisition of the stake of former shareholder Garthwest. McLaren Packaging, one of CorrBoard’s founding partners, has also subscribed for new shares.

VPK produces recycled paper and paper-based packaging, with markets in food and beverages, consumer goods and e-commerce, tubes and cores. With a annual turnover of 1.4 billion euros, the group employs over 6,200 employees at more than 65 production sites in 20 countries.

Pierre Macharis, CEO of VPK Group, said: “CorrBoard’s modern factory is impressive and with this new investment, strong management, know-how and skills, CorrBoard will continue to operate as an independent unit with a dedicated strategy. This will help deliver high service levels and a competitive product offering to the market. VPK has a long history of successful joint ventures across Europe and views CorrBoard as a great way of continuing that in the UK sheet board market.”

CorrBoard will shortly be installing a new £1.5m automated palletisation system at its 320,000 sq. ft North Lincolnshire plant as well as significant IT control system upgrades. The new shareholder structure aims to bring added financial security to the company as well as an ambitious investment strategy going forward.

Also adjacent to the CorrBoard’s site is CorrBoard Bionergy Ltd, a joint venture between two of the consortium members, Swanline and McLaren, which provides energy to CorrBoard, thereby facilitating the manufacture of carbon neutral corrugated material.

Donald McLaren, Managing Director of McLaren Packaging said: “CorrBoard’s operational success will be further enhanced with VPK’s increased involvement. By working closely with VPK, CorrBoard’s UK partners are excited about the bold plans for the future.”