Quattro R and HGM to take joint control of Burgo 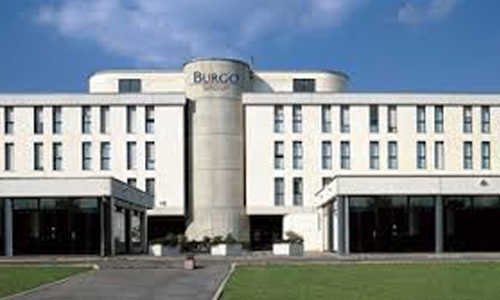 QuattroR SGR, an Italian independent Private Equity firm investing in turnaround and growth situations, has reached an agreement for the acquisition in partnership with the Marchi Family of a controlling stake in Burgo, a leading Italian and European manufacturer and distributor of graphic papers for magazines, specialty papers and containerboard for packaging.

QuattroR will invest in Burgo through a newly incorporated vehicle participated 50/50 with Holding Gruppo Marchi S.p.A. (“HGM”, the holding through which the Marchi family currently controls Burgo) that will own 91% of Burgo after the completion of a Euro 70 million capital increase, entirely financed by QuattroR.

QuattroR and HGM have also reached a separate agreement with Burgo’s minority shareholders, including Mediobanca, Generali and Italmobiliare, who will roll-over their minority stakes in the Company. As part of the transaction, Burgo has also reached an agreement with its historical lenders, as well as two new lenders, who will continue to support the Company with a new financing package.

The capital increase financed by QuattroR will allow a significant reduction of Burgo’s existing debt, with the consequent successful termination of the restructuring plan under art. 67 of the Italian Bankruptcy Law entered by Burgo in 2015. As part of the transaction, QuattroR will also acquire part of the equity-like instruments (Strumenti Finanziari Partecipativi) underwritten by Burgo’s lenders in 2015.

The transaction sponsored by QuattroR, will allow Burgo to accelerate and further push its strategic repositioning towards new paper products such as containerboard that show higher growth potential, while consolidating its leadership in the traditional segments of graphic and specialty papers. The Group will continue to be led by the current management team headed by Chief Executive Officer Ignazio Capuano.

Established in 1905, Burgo is one of the leading European manufacturers and distributors of graphic and specialty papers. With a network of 11 paper mills in Italy, 1 in Belgium and 3,400 employees (of which 2,800 in Italy), in 2019 Burgo reported a consolidated turnover of Euro 1.7 billion, EBITDA Euro 134 million, Net income of Euro 10 million, with a production of approximately of 2 million tons of paper and containerboard.

The transaction, which is expected to be completed in the coming weeks, is subject to approval by the European Antitrust Authority.

Francesco Conte, Chief Executive Officer of QuattroR, stated: “We are pleased to be able to announce this complex transaction which has been structured with the full support of Burgo’s shareholders, its management and existing lenders. With a strengthened financial position and a new governance in place, we are confident that Burgo will be able to complete its transition towards products with higher growth prospects, characterised by a greater focus towards sustainability and respect for the environment”.

Through this important transaction, QuattroR is now close to having invested half of its committed capital while maintaining the financial resources and management capacity to execute additional investments according to the mission shared with the fund’s investors. This ability to support Italian companies with substantial resources is even more relevant and necessary in today’s market environment.

Ignazio Capuano, Chief Executive Officer of Burgo Group, stated: “QuattroR’s investment is a fundamental step that will allow Burgo Group to complete both its repositioning plan towards segments with high growth potential, such as the production of packaging paper, as well as consolidating our leadership in our traditional sectors of graphic and specialty papers. In addition, we will exit from art. 67 of the Italian Bankruptcy Law, which will allow us to manage future development with a governance better suited to these new goals. As a management team, we are very pleased to receive the full backing from a prestigious fund such as QuattroR, which will support us in the development of innovative solutions for environmental sustainability, an increasingly central theme for our Group”.

Since the beginning of its activity in 2017, QuattroR has completed four investments in line with its mission to support medium-large Italian companies with solid business fundamentals, needing fresh financial resources to rebalance their capital structures and undertake ambitious relaunch plans

The machines are running at full speed at Lessebo Paper

OrganoClick winner of Clean Equity Monaco Award given out by H.S.E Prince Albert II of Monaco