Mondi to divest its packaging converting operations in Russia 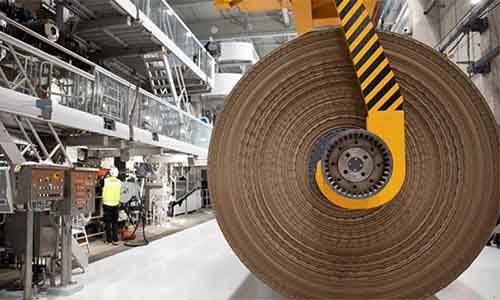 Mondi plc  confirms that it has entered into an agreement to sell its three Russian packaging converting operations to the Gotek Group for a consideration of RUB 1.6 billion (around €24 million at current exchange rate), payable in cash on completion (the ‘Disposal’).

The three packaging converting operations comprise a corrugated solutions plant and two consumer flexibles plants, producing a range of packaging solutions for the domestic Russian market. The loss on the Disposal is expected to be in the range of €70-80 million at current exchange rate.

The Gotek Group is a leading Russian packaging producer, headquartered in Moscow, and employs around 2,200 employees across its business.

The Disposal is conditional on the approval of the Russian Federation’s Government SubCommission for the Control of Foreign Investments and customary antitrust approvals and is expected to complete in the first half of 2023. However, as the Disposal is being undertaken in an evolving political and regulatory environment, there can be no certainty as to when the Disposal will be completed.

The Disposal follows Mondi’s announcement on 4 May 2022 that, having assessed all options for the Group’s interests in Russia, it had decided to divest its Russian assets. The Disposal is not affiliated with the proposed disposal of Mondi Syktyvkar for which the approval of the Russian Federation’s Government Sub-Commission for the Control of Foreign Investments and customary antitrust approvals remain outstanding.