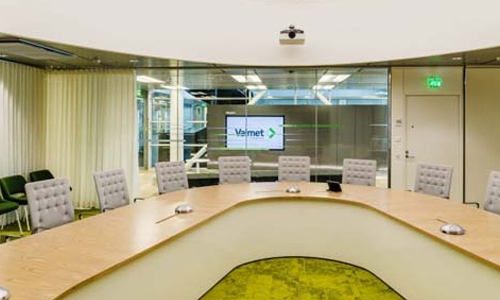 The Board of Directors of Valmet Oyj has decided on a long-term share-based incentive plan (LTI Plan) and a restricted shares pool (Restricted Shares Pool) for Valmet’s key employees. The aim of the plans is to combine the objectives of the shareholders and the key employees in order to increase the value of the Company in the long run, to commit the key employees to the Company, and to offer them a competitive reward plan based on holding the Company’s shares.

The rewarded shares from the LTI Plan may not be transferred during the restriction period, which will end two years from the end of the performance period. As a rule, no reward is paid if the key employee’s employment or service at Valmet ends before the reward payment. Should a key employee’s employment or service end during the restriction period, he or she must, as a rule, gratuitously return the shares given as reward to the Company.

The LTI Plan is directed to approximately 130 participants (including Executive Team members, key employees and management talents). The rewards to be paid on the basis of the performance period 2020 will correspond to a maximum total of approximately 440,000 shares in Valmet Oyj, representing the gross reward before the deduction of taxes and tax-related costs arising from the reward. The estimated maximum total expense of the LTI Plan for the performance period 2020 is EUR 9 million.

As part of total remuneration, for example for retention purposes, the Board of Directors has decided to continue with an additional incentive element for 2020, the Restricted Shares Pool, from which shares can be granted to selected key employees. In 2020 a maximum of 66,000 shares can be allocated to possible participants in the Restricted Shares Pool. As a rule, the restriction period for these shares is 3 years. A precondition for the payment of the share reward based on the Restricted Shares Pool is that a threshold Valmet comparable EBITA is exceeded and that the employment relationship of the individual participant with Valmet continues until the payment date of the reward.

Both the LTI Plan and the Restricted Shares Pool include a recommendation that the members of Valmet’s Executive Team own and hold an amount of Company shares equaling to their gross annual base salary (100 percent ownership recommendation).

Acquisition of own shares

The Board of Directors of Valmet has in its meeting on December 19, 2019 decided to use the authorization granted by the General Meeting held on March 21, 2019 to acquire the Company’s own shares. Based on the authorization, the Board has decided to initiate a fixed-term share buy-back program for the purpose of acquiring the Company’s own shares to meet part of the obligations arising from the LTI Plan and the Restricted Shares Pool incentive plans. The share acquisitions will begin at the earliest on February 6, 2020 and will end at the latest on February 28, 2020. The maximum number of shares to be acquired is 270,000, corresponding to a value of approximately EUR 5.7 million based on the closing share price of the last trading day preceding the date hereof. The shares will be acquired at market price in public trading on Nasdaq Helsinki Ltd.