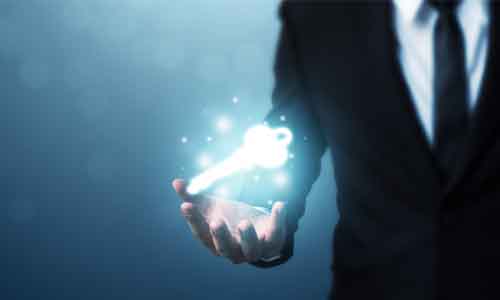 The Performance Share Plan is directed to the Company’s Executive Team members. Valmet’s Board of Directors decides on the predefined performance measures and targets in the beginning of each performance period. The potential reward for the performance period 2023–2025 is based on the development of a valuation multiple of Valmet’s share in comparison to peer group as well as targets supporting the Company’s long-term strategic and financial development. The targets supporting Valmet’s long-term strategic and financial development are Comparable EBITA margin and orders received growth (%) of the stable business, that is, the Services, Automation Systems and Flow Control business lines. These targets have a one-year performance period in which the amount of award shares is determined, followed by a two-year period, which determines the final value of the award and during which shares may not be transferred. The potential reward for the performance period 2023–2025 will be paid in Company shares partly in 2024 and partly in 2026. The potentially earned share reward represents a gross reward from which the applicable payroll tax is withheld, and the remaining net balance is paid to the key employee in shares.

The Deferred Share Plan directed to other key employees and management talents includes a one-year performance period, the year 2023. The predefined performance measures and targets are decided by Valmet’s Board of Directors and are aligned with the targets of the Performance Share Plan. The targets are Valmet’s Comparable EBITA margin and orders received growth (%) of the stable business. The potential reward for the performance period 2023 will be paid in Company shares in 2024. The potentially earned share reward represents a gross reward from which the applicable payroll tax is withheld, and the remaining net balance is paid to the key employee in shares.

The shares rewarded based on the one-year performance period of the Deferred Share Plan may not be transferred during a two-year restriction period. Should a key employee’s employment or service end during the restriction period, he or she must, as a rule, gratuitously return the shares given as reward to the Company. As a rule, no reward is paid if the key employee’s employment or service at Valmet ends before the reward payment.

The Performance Share Plan is directed to Valmet’s Executive Team, which currently has 14 members. The Deferred Share Plan is directed to a maximum of 130 participants, of which approximately 80 are key employees in management positions, and approximately 50 are management talents. The maximum total amount of potential share rewards to be paid based on the performance periods 2023–2025 of these two plans is approximately 442,960 shares in Valmet Oyj, representing the gross reward before the deduction of taxes and tax-related costs arising from the reward. The estimated maximum total expense of the Performance Share Plan and the Deferred Share Plan for the performance period 2023–2025, based on Valmet’s current share value, is approximately EUR 11.1 million.

As part of total remuneration, for example for retention purposes, the Board of Directors has approved a Restricted Share Pool for 2023, from which fixed share grants can be made to individually selected key employees. Restricted pools are annually commencing, and the commencement of a future restricted pool is subject to separate approval by the Board of Directors. In 2023, a maximum of 66,445 shares can be allocated to possible participants of the Restricted Pool, representing the gross reward before the deduction of taxes and tax-related costs arising from the reward. As a rule, the restriction period for these shares is three years, after which the potentially granted share rewards are paid in Company shares. A precondition for the payment of the share reward based on the Restricted Pool is that Valmet’s Comparable EBITA exceeds a threshold value and that the employment relationship of the individual participant with Valmet continues until the payment date of the reward.

Both the Performance Share Plan and the Restricted Pool include a recommendation for the members of Valmet’s Executive Team to own and hold an amount of Company shares equaling their gross annual base salary (100 percent ownership recommendation).

Acquisition of own shares

The Board of Directors of Valmet has in its meeting on December 20, 2022, decided to use the authorization granted by the Annual General Meeting held on March 22, 2022, to repurchase the Company’s own shares. Based on the authorization, the Board has decided to initiate a fixed-term share buy-back program for the purpose of acquiring the Company’s own shares to meet part of the obligations arising from the LTI Plans and the Restricted Pool incentive. The share acquisitions will begin at the earliest on February 6, 2023 and will end at the latest on February 24, 2023. The maximum number of shares to be acquired is 125,000, corresponding to a value of approximately EUR 3.1 million based on the closing share price of the last trading day preceding the date hereof. The shares will be acquired at market price in public trading on Nasdaq Helsinki Ltd.