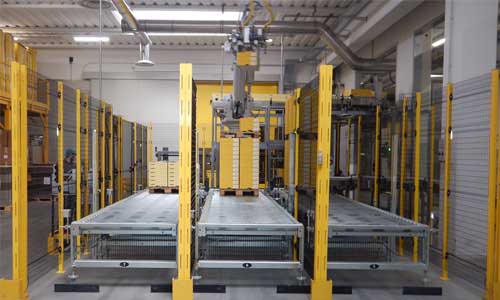 Ucima has won an important victory at the European Parliament with the withdrawal of an amendment to the new Machinery Regulation at the Association’s request. The new legislation is currently undergoing approval in Brussels and will replace the previous 2006 Directive.

The amendment in question was highly controversial as it would have included palletisers, depalletisers and pallet wrapping machines in the annex containing the list of machinery products that potentially pose a high risk. This classification would have obliged all manufacturers of these products to gain prior approval from notified bodies in accordance with the Machinery Directive for the models and machines they intend to place on the market.

As soon as Ucima’s technical department became aware of this possibility, in coordination with Confindustria Brussels it individually contacted all the Italian members of the European Parliament’s Committee on Internal Market and Consumer Protection to discuss the sector’s concerns.

In particular, the Association showed that the amendment appeared to be senseless given the complete absence of injury statistics, reports or figures demonstrating the high-risk nature of these products. Furthermore, according to the Mecs-Ucima research centre, the new classification would affect no fewer than 13,000 machines in Europe each year. A large proportion of these machines are made by Italian companies, which account for at least 50% of total Europe-wide sales.

“We welcome the news that this amendment has been withdrawn,” commented Ucima’s chairman Matteo Gentili. “This victory not only avoids reputational damage to the manufacturers due to the designation of palletisers, depalletisers and pallet wrapping machines as high-risk machinery products, but also avoids the additional costs and time-consuming bureaucracy associated with the launch of these machines onto the market. This demonstrates the important role played by the Association in protecting the sector and its members, a role it will continue to pursue while waiting for the European Commission and the European Parliament to finally approve the new regulation. We will remain constantly vigilant to avoid a reoccurrence of this kind of situation, which is in way justified by injury statistics or other considerations”.