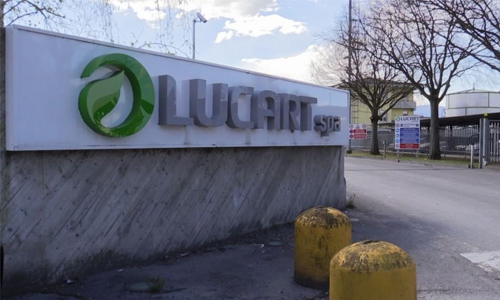 Lucart’s 15th Sustainability Report, written in compliance with the international Global Reporting Initiative (GRI Standard) guidelines, highlights the achievement of a turnover of 515 million Euro (+6.4%) together with the real commitment to innovation, social responsibility and to achieving the European Green Deal goals.

The orientation was boldly expressed by two major projects in 2019. The first concerned the installation of a new NovaLT12 gas turbine in the Diecimo (LU) production facility, capable of supplying a power of 12.5 MW, with a cogeneration efficiency (electrical and thermal) of 85%, while the second addressed the development of a new recycled paper packaging for the Grazie Natural and Eco Natural product ranges made using flexible packaging paper produced in the Porcari (LU) production facility.

The two important innovations join the many activities that over the years have led Lucart to achieve key goals of reducing environmental impact:

The investments in new technologies have allowed Lucart to obtain two major accolades, namelythe European Cleaning and Hygiene Award for the Municipal Material Cycle® project recognised as “the best European initiative to raise the profile of the professional cleaning sector”, and the Coop for Future award, organised by Coop Italia, for Lucart’s commitment to the environment.

“The health and economic crisis we are experiencing is requiring us to rethink on our lifestyles, our habits and consequently our way of doing business“, said Massimo Pasquini, CEO of Lucart. “2019 was the year in which the awareness of the importance of the connection that ties economic, social and environmental issues shifted from the individual to the collective level, as demonstrated by youth movements and the adoption of new European regulations and development plans, such as the Green Deal. In this perspective, the news of the recent agreement between the Italian Government and Confindustria for an industrial strategy that goes in the direction of European goals in terms of sustainability, confirms that the strategic decisions we have taken over the past years were on the right track and encourages us to aim with increasing determination towards development models, such as the circular economy and the industrial symbiosis, capable of creating shared value in respect of the Planet”.

In this direction, in 2019, Lucart launched a new committee responsible for the implementation of the Sustainability Programme and revised the corporate improvement targets according to the United Nations’ SDGs for 2030.

In 2020, the Group has already earmarked 10 million Euro for installing a new cogeneration turbine in Porcari, which will complete the energy renewal plan of the Group. The total self-produced power in Italian plants will reach the 32 MW threshold. Finally, new guidelines for Sustainable Packaging are expected to be launched shortly. This will contribute to the goal of 100% recyclable or compostable packaging by 2025.