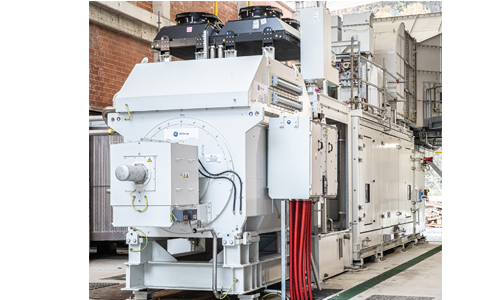 Lucart gets the green light for a 10 million Euro investment for a new cogeneration plant in Porcari (Lucca, Italy)

Lucart, Europe’s leading manufacturer of tissue, airlaid and MG paper for flexible packaging, announces a 10 million Euro investment for the installation of a new high-efficiency cogeneration plant at the company’s time-honoured Porcari factory in the province of Lucca, Italy.

The project will come into fruition with the collaboration of Baker Hughes that will supply NovaLT12 technology entirely designed and produced in Italy.

The NovaLT12 gas turbine to be installed in Porcari can supply a power of 12.5 MW, with cogeneration efficiency of up to 85%.

At the same time, compared to older generation turbines, the NovaLT12 achieves a reduction of CO2 and nitrogen oxide (NOx) emissions of 11% and 40%, respectively.

The new machinery will make it possible to explore the use of hydrogen, when it will become available, and of other renewable sources in the best way possible.

“Now that the Italian Government and Confindustria have finally agreed on a shared strategy for industrial policy guidelines and investments to be put in place to make Italy a leader in Europe, we can start investing again to harmonise sustainability and industrial growth, factors that have always been in our corporate DNA”, said Massimo Pasquini, CEO of Lucart. “The announcement of a plan for the Green New Deal, energy transition and real measures for industrial supply chain competitiveness puts us in the position look to the future with more tranquillity, security and stability“.

The investment at the Porcari plant is part of broader industrial strategy of Lucart, which has always been consistent with the logic of protecting environmental and now considers the European Green Deal as an important new opportunity to relaunch a key industry, such as that of paper, exploiting the potential offered by decarbonisation.

The new plant completes the energy renewal plan of the Group with the total self-generated power in Italian factories reaching 32 MW.

The first cogeneration plant of the paper-making Group was installed at the Porcari site back in 1989 and kicked off a long history of development and collaboration between Lucart and Baker Hughes.

As early as December 2019, the two companies had already concluded the construction of similar machinery at the Diecimo plant.

High-efficiency cogeneration plants are universally regarded as the best technology available for the paper industry. A constant supply of electricity, day and night, and of thermal energy, used in various stages of the process, such as drying paper and sludge dewatering, are needed to make paper with modern technologies. Pending the development of other renewable sources, gas remains the only energy source that can be employed.