Litigation between Sequana and BAT : decision from The Court of Appeal in London 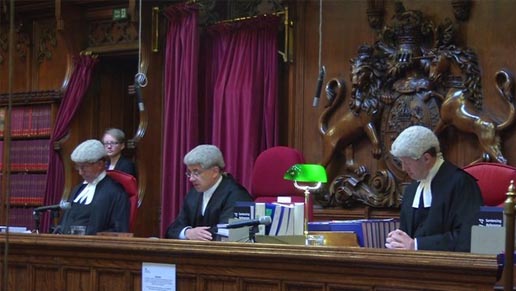 The Court of Appeal in London confirms for the largest part the decision made in first instance by the High Court of Justice in the litigation between Sequana and British American Tobacco (BAT). This decision only affects Sequana and has no impact on its subsidiaries Arjowiggins and Antalis which are not a party to this litigation.

Since the end of 2013, Sequana has been involved in legal proceedings with BAT Industries plc and its subsidiary, BTI 2014 LLC (the BAT Group), regarding the legality of two dividends distributed to Sequana by its former subsidiary Windward Prospects Ltd, for a total amount of €578 million, out of which €443 million was in respect of the first dividend and €135 million for the second.

At first instance, the High Court of Justice decided in July 2016 and February 2017 to dismiss all the claims made by the BAT Group based on the Companies Act 2006 with respect to both dividends, and to accept the BAT Group claims based on section 423 of the Insolvency Act 1986 with respect to the second dividend only. The High Court had accordingly ordered Sequana to pay to BAT a principal sum capped at the amount of the second dividend plus interest, as well as part of BAT’s costs of the proceedings, amounting to approximately €163 million (excluding forex exchange impact).

Based on the advice received, and considering that it had good arguable points to raise on appeal, especially on whether a dividend is capable of being a transaction falling within section 423 of the Insolvency Act 1986, Sequana lodged an appeal in March 2017.

The BAT Group on the other hand lodged appeal against the decisions made against it regarding its claims on both dividends based on the Companies Act 2006. However, before the hearing, BAT dropped all of its claims with respect to the first dividend of €443 million, so that the scope of the dispute is limited to the qualification of the distribution of the second dividend under section 423 of the Insolvency Act 1986 and to the behavior of the directors who had authorised this distribution.

The decision of the Court of Appeal in London handed down today confirms the first instance judgment with respect to the absence of any liability of the directors under the Companies Act 2006. However, in spite of Sequana’s confidence in an overall positive outcome to this litigation, the Court of Appeal also confirms the first instance decision as to the application of section 423 of the Insolvency Act 1986 to the second dividend, thus upholding the order against Sequana on this issue.

Sequana is currently reviewing the terms of the decision and intends to seek permission to appeal with the Supreme Court, in accordance with applicable procedural rules.

The decision handed down by the Court of Appeal only affects Sequana, as its subsidiaries Arjowiggins and Antalis are not a party to the proceedings.

Since Sequana is under sauvegarde proceedings with an observation period extended until 17 May 2019, Sequana considers that the decision of the Court of Appeal in London cannot be enforced against it due to the fact that the BAT Group’s claim remains disputed.

Considering this decision and with the help of its advisors, and while the situation of its group and the value of its assets have been materially adversely affected, in particular due to the uncertainties attached to the BAT litigation, Sequana is considering its options both in the United Kingdom and in France to best protect its interests, including in the sauvegarde proceedings opened in its benefit.

recently, in the press releases published by the company.