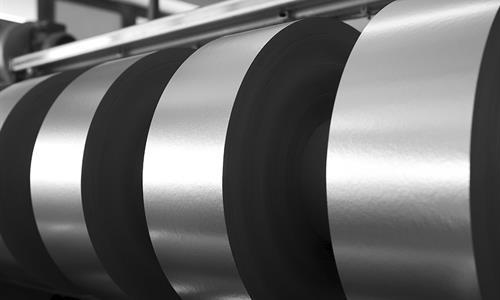 Following the announcement released on 29 January 2020, the Lecta Group (as defined below)is pleased to announce the completion of a comprehensive recapitalisation transaction, as initially announced on 24 September 2019.

The Recapitalisation was implemented via the transfer of Sub-Lecta S.A . to be indirectly held by a newly incorporated UK company, which will be known as Lecta Ltd, and the exchange of existing senior secured notes to new longer dated debt instruments and equity. The Recapitalisation results in a materially improved capital structure for the Lecta Group, and will strongly position it as it enters the next phase of growth. Furthermore, the Lecta Group is pleased to announce that it has entered into an agreement with NatWest Markets Plc to provide €115 million super senior facilities  – consistingof a super senior €60 million term loan and a super senior €55 million revolving credit facility– to refinance and replace the Lecta Group’s existing €65 million super senior revolving credit facility.

The incremental borrowing capacity under the SSF provides the Lecta Group with additional liquidity and financial flexibility, as it continues its transformation towards a specialty paper company. The Recapitalisation was implemented via an English Scheme of Arrangement, which was sanctioned on 28 January 2020. The Scheme was approved with unanimous consent of holders of the Lecta Group’s Existing SSNs who voted in the Scheme, representing over 96% in value of the Existing SSNs. Following the Recapitalisation, the Lecta Group will benefit from:•A significantly delevered capital structure reflecting the conversion of €600 million of Existing SSNs into new debt and equity instruments and the payment of a consent fee to eligible holders of the Existing SSNs in connection with the Recapitalisation, consisting of:o€200 million new senior secured notes and €100 million new junior notes; ando100% of the equity in New Lecta

In addition, different measures of support of the Lecta Group’s operations in France from the French authorities are expected to be confirmed and implemented shortly after the Recapitalisation completion date.Lecta Group Executive Chairman Andrea Minguzzi said:

“We are very pleased that Lecta has achieved overwhelming support from its financial stakeholders to implement the Recapitalisation in such an accelerated timeframe. The significantly de-levered capital structure and the new sources of liquidity position us well to take advantage of new market opportunities, strengthen our relationships with suppliers and further improve our service to customers. The management team is looking forward to working with the new shareholders as we enter our next phase of growth.”