KPP, SEQUANA SA and Bpifrance have entered into binding agreements for the potential acquisition of Sequana and Bpifrance’s 83.7% stake in Antalis by KPP 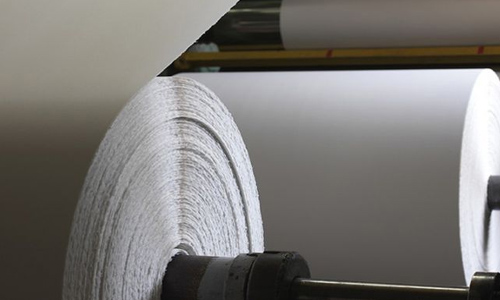 Kokusai Pulp & Paper and SEQUANA SA  have entered into a put option agreement on 3 1 st March 2020 , according to which KPP agreed, subject to certain condition precedents, to acquire 53,395,148 ordinary shares of Antalis SA held by Sequana, representing approx imately 75.2% of Antalis’ share capital and 82. 5 % of voting rights * . The Sequana block would be acquired for a price per share equal to € 0. 1 0 subject to limited downward price adjustment on the closing date, as the case may be.
KPP and Bpifrance Participations HQ: Paris Bpifrance have also entered into a s hare p urchase a greement on the same day , according to which KPP agreed to acquire , and Bpifrance agreed to sell, 6,064,946 ordinary shares (approximately 8.5% share capital and voting rights ) of Antalis for a price per share equa l t o € 0.40 s ubject only to the effective transfer of the shares held by Sequana to KPP.

The exercise of the put option by Sequana is subject to the release of opinions by Antalis’ European Works Council, the issuance of a court order by the Supervisory Judge (appointed by the Commercial Court of Nanterre to supervise the liquidation of Sequana), as well as other customary conditions precedent. The effective transfer of the Sequana shares in Antalis will then be subject , in particular, to the clearance of any recourse on the court order above mentioned , in accordance with Article L.642 19 of the French Commercial Code, as well as the receipt of a release of pledges from Bpifrance Participations and Impala Security Solutions BV on Antalis shares currently held by Sequana. The transaction is not subject to the approval of the French, European or foreign competition authority in charge of merger control.

Concurrently to the binding agreements mentioned previously, a restructuring agreement has been signed b etween KPP, Antalis and the lenders of Antalis’ existing syndicated credit facility on 3 1 st March 2020 , providing for a the refinanci ng of 100 million of the outstanding facility amount , and the write off of the remainder. For reference, the syndicated credit facility amount as of 31 st December 2019 was 287.1 million . This write off is conditional notably on the closing of the acqui sition by KPP of Sequana’s and Bpifrance’ shares held in Antalis.

After closing of the transaction as the case may be , KPP would file a simplified mandatory tender offer with the AMF on the remaining shares it will not hold after the effective transfer to KPP of the shares held by Sequana and Bpifrance , for a price per share equal to 0.7 3 . The tender offer would be followed by a squeeze out launched at the same price, to complete delisting procedure , if the legal requiremen ts are met.

Purpose and Background of the Transaction

With our management philosophy of establishment of recycling based society and contribution to promoting education, culture and industry, we operate our business in Japan as well as Asia P acific. During the “business development period” in our second mid term management plan, we are professing to pursue sustainable growth by acquiring external resources (inorganic growth).

Antalis is one of the largest paper distributors in Europe , and they are distributing paper and paper related products in 41 countries, mainly in Europe, including South America and Asia Pacific as a leading company. Their strength is in packaging business, high growth business post graphic paper, as well as visual communicatio n business (sigh and display), and they are reforming business portfolio and investing in e commerce business.
We concluded to agree this Put Option Agreement and Share Purchase Agreement based on following expectations; a greater complementary relationship b etween Antalis with business base in European countries and KPP with base in Asia Pacific; and synergies in product development and branding improvement with Antalis. By having Antalis under our group and the combination of the trade busines s of KPP’s international business and Antalis’s paper distribution business, we expect this will contribute to strengthening competitiveness with expansion. We will work hard to achieve sustainable growth by as well as in Asia Pacific, global business expa nsion including in Europe