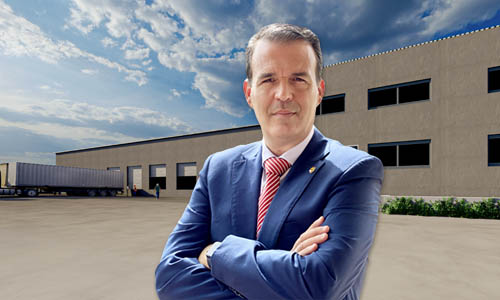 Klingele Paper & Packaging Group, one of the leading independent manufacturers of corrugated base paper and corrugated cardboard packaging, is continuing its successful expansion in West Africa with a new sheet plant near Dakar, Senegal. Production is expected to start in summer 2022 and will initially see the creation of some 45 jobs. Klingele’s efforts here have received financial support from the German Development Finance Institution (DEG).

Klingele has been present in Mauritania since 2013, where it now has two production facilities that focus on packaging for customers from the fishing sector and industry. Soon, the Diamniadio industrial estate near Dakar’s new port will be home to a new plant with two production lines, where sheets of corrugated cardboard from Klingele’s Tenerife-based subsidiary Klingele Embalajes Canarias will be processed into finished packaging. The production hall has already been completed; during the first semester of 2022, Klingele will install a four-colour case maker inline machine with a three-colour Ward rotary die-cutter and five Boix box erectors. The packaging will predominantly be used in agriculture as well as in the fish industry and the wider food sector. The plant will start off with a production capacity of 4,000 tonnes; however, expansion of the site is already being planned as volumes grow. Klingele’s long-term objective is to cover West African markets from Morocco to Gabon.

In the years before the coronavirus pandemic, economic growth in Senegal averaged more than six percent. A high degree of political stability, legal security and an investment-friendly climate are attracting an ever-increasing number of foreign companies. Above all, however, the government is committed to reducing the country’s dependence on food exports in particular. Its support of the sector is reflected in growing yields – for which packaging is then also required. Senegal also serves as the gateway to West Africa, with a population of approx. 116 million, and offers good logistical connections.

The investment for the Senegal project totals approx. 7.5 million euros, five million of which is provided by the entirely state-owned German Development Finance Institution (DEG) through the Africa Connect programme. A prerequisite for the funding is responsible business conduct that also contributes to the 17 Sustainable Development Goals of the United Nations. The creation of qualified jobs with future prospects is a particular focus. In the initial phase, Klingele will employ over 40 staff members in its plant, including local workers without qualifications, who find it particularly difficult on the labour market.

Through the establishment of local production capacities in Senegal, Klingele primarily aims to tap into new markets in West Africa, including the Ivory Coast, Ghana, Cape Verde, Mali and Burkina Faso. With its site in Dakar, Klingele is certainly in a pole position to achieve this. The new project also offers Klingele the opportunity to optimally utilise the corrugated cardboard plant operated by its subsidiary Klingele Embalajes Canarias in Tenerife, where there is hardly any additional local growth potential.

However, Klingele’s declared aim is also to export its own sustainable business model to Africa and create local jobs with prospects – apart from Plant Manager Guillermo Boué from Tenerife, practically all employees at the new site will be locals. Klingele aims to cover almost 100% of the plant’s energy requirements using renewable sources, especially solar energy.

“We are delighted to have gained the trust of the DEG and look forward to implementing our principle of sustainable management in Senegal as well,” highlights Dr Jan Klingele, Managing Partner at Klingele. “With our packaging, we improve the supply of food to the population whilst expanding local value creation. We also almost exclusively employ local workers, thus helping to improve living conditions.” “As a German investor, Klingele continues in its role as a pioneer in West Africa,” adds future Plant Manager Guillermo Boué. “Over the past few years, we have built up good, trustworthy contacts in the region, which are now paying off. Today, we have already established a good reputation with the companies in our main target sectors, which we can now look to consolidate further.”