Klabin announces its largest investment ever 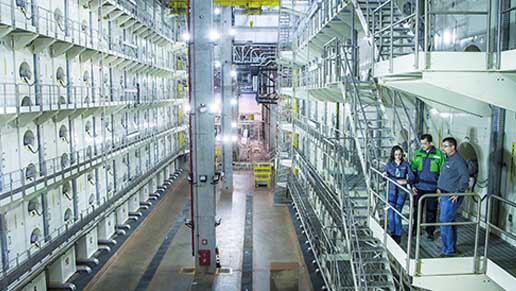 With estimated investment of R$9.1 billion, the company has approved the Puma Project II, which involves the construction of two paper machines in Paraná state

During the week in which it commemorates its 120th anniversary, Klabin, Brazil’s largest producer and exporter of packaging paper, demonstrates once again its capacity to grow and transform by announcing its largest investment ever. With investment estimated at R$9.1 billion, the new expansion cycle involves the construction of two packaging paper (kraftliner) machines, with integrated pulp production, which will be built in Ortigueira, Paraná on the same site as the Puma Unit, its pulp mill inaugurated in 2016. The new machines will have combined annual production capacity of 920,000 tons of paper.

“This is the largest investment ever made by Klabin in its 120-year history and an important milestone that reinforces its competitiveness and underscores its capacity to transform. Our focus on operating efficiency has proven essential for delivering robust results and for sustaining the major investments made over the past few years. With this announcement, we are combining our innovative DNA with our long track-record of success to reinforce our strategy to build a biodegradable tomorrow, in line with the global trend of sustainable consumerism,” said Cristiano Teixeira, CEO of Klabin.

During the peak of construction on the Puma Project II, around 9,000 jobs will be created. Once operational, it will employ some 1,500 people (directly and indirectly) and benefit the Campos Gerais region of Paraná state, in which the city of Ortigueira is located. The licenses required for the project’s construction have been granted by the applicable agencies and the project has the potential to boost the state’s annual value-added tax (ICMS) receipts by up to R$200 million, effectively contributing to the development of local communities. The project also will generate positive impacts in the region from the payment of other taxes, the creation of new businesses, social and environmental improvements and the development of infrastructure.

“To build the Puma Unit, one of the world’s most modern pulp mills, we adopted best global sustainability practices and technologies. And the Puma Project II will be no different. We will continue to be driven by innovation and the principles of industry 4.0 to continue offering the market more efficient, biodegradable and recyclable packaging solutions based on renewable resources,” said Francisco Razzolini, Industrial Technology, Innovation, Sustainability and Pulp Business Officer.

The 1.6 million tons of pulp produced each year by the Puma Unit will continue to supply the domestic and export markets. With the mill’s inauguration three years ago, Klabin doubled its production capacity and expanded its footprint in the global pulp and paper industry, becoming the only company in Brazil to offer the market, from an operation especially designed for that purpose, a one-stop solution in bleached hardwood pulp, softwood pulp and fluff pulp. The unit also has the capacity to generate 250 MW of power, which has made Klabin self-sufficient in terms of electricity consumption.