Increasing the production of P&B in France helps combat climate change, according to a study by Deloitte 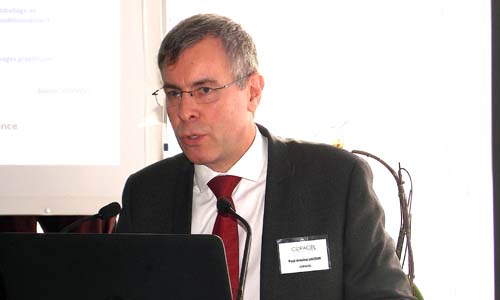 This is an enlightening study that sets the record straight on the impact of the deindustrialisation of the French paper industry and its consequences on climate change and greenhouse gas emissions as well as on the economy. Copacel* and several professional unions have asked Deloitte to tackle and study these issues. This study cleary shows that the deterioration in the competitiveness of the French paper industry has resulted, during the period 1995-2015, in a decline in production and the loss of nearly €320 million in annual average added value.

This decrease in industrial production also resulted in an increase in France’s carbon footprint, i.e. the greenhouse gas emissions linked to the consumption of goods and services by the French. This mechanism is analysed in detail, based in particular on a comparison of the carbon footprint of newsprint, depending on the country of production. The study showed that newsprint produced in France is three times less carbon-intensive than paper imported from Spain, and eight times less carbon-intensive than paper imported from Germany.

The drop in production on national soil has resulted in an increase in imports of manufactured goods produced in countries where their manufacture emits more greenhouse gases. For the paper industry, the impact of de-industrialisation has led to an increase in the country’s carbon footprint of 560,000 t of CO2 between 1995 and 2015.

The study concludes by stating that measures to support reindustrialisation would create wealth, maintain jobs and combat climate change. For the paper industry, a reindustrialisation scenario aiming to halve the trade deficit between 2015 and 2035 would thus make it possible to gain nearly €200 million per year in added value, while reducing the carbon footprint by an annual average of 312,000 t CO2.

It is also vital, in order to make a success of the carbon transition of the economy, to preserve the research and investment capacities of the paper industry in France, so that it can continue on the one hand to decarbonise its own processes, and on the other hand to offer biobased and recyclable products to the whole of society.

The paper industry in France, which is particularly virtuous with its decarbonised energy mix (nearly 64% of heat is produced from renewable fuels) and energy-efficient processes, is a major asset in the fight against climate change and provides a concrete response to the challenges of decarbonising the economy.

According to Paul-Antoine Lacour (photo), General Delegate of Copacel, « this study shows that industry should not be the target of climate policies and that public policies should aim to increase paper production in France, as this is the only way to reduce imports and the associated CO2 emissions. »