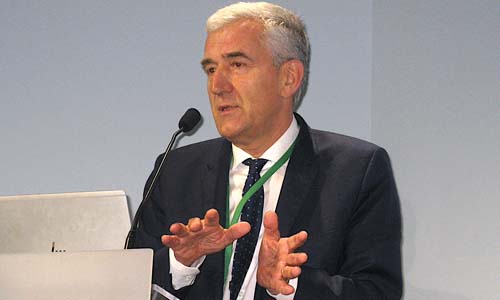 The  national association Copacel communicated on the mid-year balance of the French paper activity. The French Union of the industries of boards, papers and pulps is pleased first of all that the demand was sustained during the first half-year, for almost all the companies of the sector. Over five months (from January to May 2022, compared to the corresponding period in 2021), paper production in France has increased by 2.7% to 3.172 Mt. This increase concerns all families of products, whether they are intended for the manufacture of packaging (+2.1%), graphic uses (+4.4%) or hygiene articles (+4.7%).

This good activity in the first half, which is part of a strong rebound of the French and European economy since the beginning of the year 2021, is the consequence of a continued solid demand in the different market segments. For example, the volume of packaging induced by the development of e-commerce, the replacement of single-use plastic items by paper and board products, and the needs related to publishing or advertising, have all been drivers for the consumption of cellulose products. In some markets (newsprint, etc.), the mismatch between supply and demand on a European scale may have led to the persistence of tensions that appeared in the spring of 2021.

However, notes Copacel, this increase in production has taken place in a context of rising costs totally unprecedented in its scale and brutality. The most significant increases have been in the supply of gas and electricity. The average price of gas on the spot market, due to the Russian-Ukrainian war, was €80/MWh from April to June, i.e. nearly 8 times the average price for 2019/2020! For electricity, on the spot market, the multiplicative factor is nearly six. The dizzying rise in the price of gas is in turn causing the price index for chemicals to “soar” (+40% over one year). The price of fibrous raw materials (wood, pulp, paper and board for recycling) has also risen significantly over the past year. Finally, this increase has not spared purchases of services (+18% for the “long distance” road transport index).

In addition to the considerable increase in their costs, the production factors of companies in the sector are also characterized by growing tensions. This applies, for example, to transport, industrial equipment (electrical equipment, etc.) and certain chemical products (starch, etc.). Human resources are also under great pressure: eight out of ten paper companies say that it is more difficult to recruit employees today than in 2019 (even though the “pre-Covid” situation was already tense and, in many companies, not all positions were filled).

This unprecedented rise in production costs has led paper companies throughout Europe to have to increase their sales prices, which vary according to market segment.

The deterioration of the macroeconomic context will weigh on paper activity

Even if order books remain satisfactory at this mid-year point, and the business outlook for many paper companies is good for this autumn, two strong, interdependent risks cannot be ignored. The first is the scenario of a drastic reduction in Russian gas deliveries to European countries over the coming months. Such a sequence would have a strong direct impact on paper mills (risk of plant shutdowns), but also a marked indirect effect on production costs (higher electricity prices, lower availability and higher prices of many chemicals, etc.). The second shadow, partly related to the previous point, is the intensity of the contraction of the economy. Even without entering a recession, the deceleration of growth will lead to a weakening of consumption in various market segments.

« We are in an unprecedented situation, characterized by very strong uncertainties about the evolution of demand and production costs, explained Philippe d’Adhémar, President of Copacel (photo). If a black scenario were to materialize, such as severe restrictions on natural gas supplies, it will be essential that the public authorities consider our industry as a priority sector. The stopping of paper mills would indeed have dramatic consequences, by depriving the French of products of first necessity (shortage of food packaging, boxes for medicines, articles for hygiene) and by exacerbating the tensions on the graphic papers (press, publishing industry…). »