Helicopter crash in northern Italy: seven victims including four representatives of Eczacıbaşı and two of Indevco among those killed 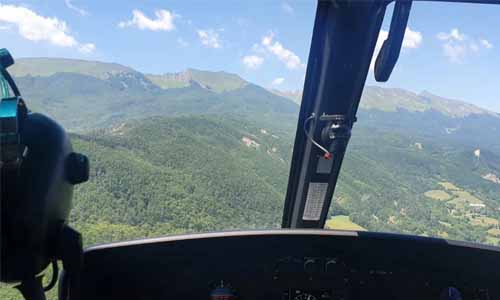 The end of the It’s Tissue show was deeply mourned by the loss of seven people, including six representatives of the paper industry, who had left from Lucca to visit a tissue factory.
According to several news agencies, the bodies of seven people (including the pilot) were found on Saturday morning on Mount Cusna in a densely wooded and difficult to access mountainous area. The crash of the helicopter was reportedly caused by electric storms.
They were identified as Eczacıbaşı’s director of factories, Altuğ Erbil, director of hygienic papers at its Yalova province factory, Arif Cez, director of investment projects, Ilker Uçak, and production director at its Manisa province factory, Serhat Kenar. The company confirmed in a statement with “great pain and sadness” and relayed their condolences. The two Lebanese were identified in Lebanon as Shadi Kreidi and Tarek Tayah, both executives at Indevco. The ENP Publishing Group extends its deepest condolences to the families of the victims.