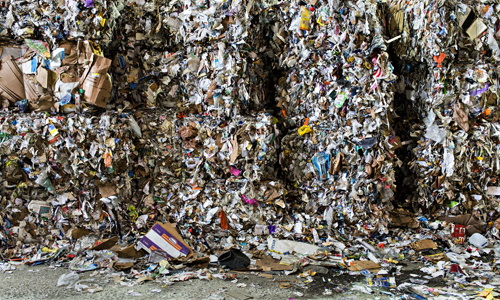 Although successful trials with various vaccines are offering hope for the medium and long term in the fight against the Coronavirus, the pandemic appears certain to remain a significant factor in business activities until well into next year. For an update on how the recycling industry is coping with current business conditions, Bureau of International Recycling (BIR) has sought expert feedback from its Ambassadors representing various countries and regions around the world.

In India, states are implementing restrictions to curb the still-high levels of COVID infections, including night-time curfews. Companies are free to run their plants but the virus continues to pose a huge threat to industrial activity, not least by affecting business recovery and investment plans, the mobility of migrant workers and the availability of credit. Central and state government support is already said to be stretched to the limit.

KPMG India has estimated that the country’s GDP growth rate will fall below 3% if the virus continues to have a significant impact, and many now believe this is set to become a reality. There are concerns that a return to even tighter restrictions could spell closure for many micro, small and medium-sized enterprises with loan obligations and equated monthly instalments to pay.

China, meanwhile, has been seeing no more than 20 cases of COVID-19 on a daily basis in November while new infections in Taiwan have been generally in single digits or even zero on some days; most of the new cases have been attributed to international travel.

Business activity levels are normal. In terms of China, however, no official announcement has been made as yet regarding any CCIC pre-shipment inspection requirements under the country’s new import procedure for copper, brass and cast aluminium classified as “recycled materials”. Although some Chinese customers have suggested there is no CCIC requirement, freight rates for “recycled material” have been established by a few shipping lines. The best advice therefore would be to consult local CCIC offices and the shipping lines themselves.
Elsewhere in Asia, COVID infections appear to be under control in Singaporebut are increasing in many other countries, including Indonesia, Malaysia, the Philippines and Bangladesh. Travel restrictions are having a major economic impact by limiting the available workforce, and the much-discussed “bubble” between Singapore and Hong Kong has had to be postponed owing to the latter’s rising infection numbers.

These conditions apply at a time when obtaining confirmed slots for shipping scrap in containers has become “a nightmare”. Costing forward business is proving very difficult as rates have tripled for ASEAN region shipments to US ports and have more than doubled to European ports. Transit times have been extended significantly owing to long trans-shipment layovers.
Scrap yards and ports are running normally in many parts of the Middle East. In Lebanon, however, a lockdown has been implemented in response to a second wave of COVID infections; this is scheduled to end on November 30 but could be extended until December 15 pending an assessment of latest infection numbers. Essential industries in Lebanon are being allowed to work at 30% capacity and ports remain open for imports and exports, albeit again at reduced capacities. Most scrap processing facilities are closed because of restrictions on movements.

It is also reported that major roadworks in Sharjah have affected the volumes of scrap arriving at local yards from around the UAE.
The pandemic is weighing heavily on a number of countries in the MENA region, many of whose sizeable tourism industries have been brought to a near standstill by the Coronavirus crisis. This drop-off in visitor numbers has contributed to significant economic contractions this year and poses challenges for the labour market.

In the aftermath of mandated lockdown measures, Dubai’s tourism sector is gradually charting a path to normalization, although progress in this direction will remain dependent on the development and rollout of vaccines as well as the resumption of global travel. People visiting the UAE are asked to undergo a PCR test at the airport and then self-quarantine; if the test proves negative (results are generally received within 24 hours), then the person is free to travel around the UAE.

The USA is witnessing rampant COVID-19 infections, although politicians and the general public remain firmly divided on the realities of the virus. Each state, as well as each county within a state, can implement and enforce their own measures aimed at controlling the spread of the virus, resulting in a wide range of restrictions, shutdowns and lockdowns throughout the country, the most onerous of which are in areas with out-of-control outbreaks. The city of Los Angeles, for example, is considering another total lockdown of all non-essential businesses.

Across in Europe, leading economy Germany is in a partial lockdown under which restaurants as well as cultural and leisure facilities are largely prohibited from opening their doors. The federal parliament has extended special rules on short-time working until the end of 2021. Despite the more restricted environment, German industry – and particularly the automotive sector – is running well.
From early December, large parts of the UK will have adopted a tiered system whereby the severity of local COVID-related restrictions will be determined by infection rates in the area, although a slight relaxation of these measures is planned for five days around Christmas. Recyclers have remained in operation and are describing business as reasonable and sufficient to justify opening their gates.
UK borrowing of at least £370 billion during the COVID-19 crisis has been greater than at any time since the Second World War. Nevertheless, Prime Minister Boris Johnson believes the economy is probably going to be 10% smaller than it was a year ago – the worst annual contraction for three centuries. The government is to introduce a three-year capital spending plan in an attempt to stimulate the economy and create jobs, such as through infrastructure projects like building new bridges and roads.

The recycling industry has also continued to operate in France. The country has announced a three-stage softening of virus-related measures, starting with the reopening of all shops in compliance with very strict health rules. Travel restrictions are also to be relaxed but will remain onerous; if infection numbers show a sharp decline, the second stage of this relaxation process is scheduled to begin on December 15. Inter-regional travel will be authorized for the Christmas period. Depending on progress, the reopening of restaurants, cafés, hotels and sports halls is envisaged for January 20 next year.