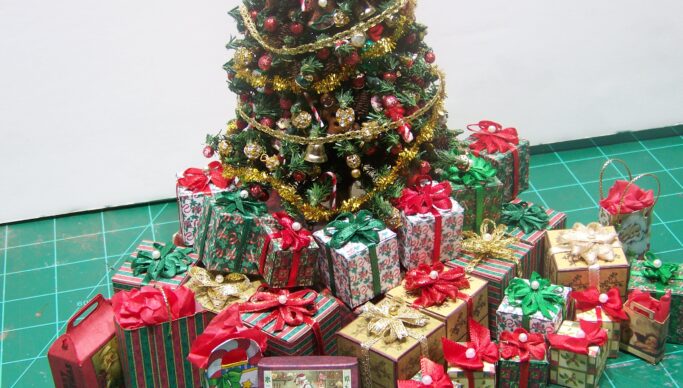 A new survey of consumers living in Europe has revealed that Brits are the least likely in Europe to prioritise sustainability when gift buying this Christmas.

While more than half of UK consumers (57%) claim a sustainable lifestyle has become more important to them over the last two years, the cost of living is impacting our green efforts. This year, UK consumers are actively avoiding paying more for gifts that have less impact on the environment, with one in four (37.9%) unwilling to spend anything more on a gift if it were sold in recyclable packaging.

Across Europe, Italian consumers are the most eco-minded, with three-quarters (74%) willing to pay more for presents packaged in recyclable materials. This is closely followed by consumers in German (71%), Spain (69%) and France (64%) – all of which are willing to pay to protect the environment and reduce unnecessary packaging.

When it comes to what kind of packaging shoppers prefer, the study reveals that UK consumers much prefer to buy gifts packaged in paper and cartonboard (54%) with a further 18% preferring corrugated cardboard. In fact, cartons and cartonboard are streets ahead of other packaging forms, such as plastics (5.5%), glass (4.4%), metal (2.6%) and foil (2.5%).

The study, on behalf of Pro Carton, the European Association of Carton and Cartonboard manufacturers, asked more than 5,000* consumers, including 1,008 UK consumers, about their Christmas shopping preferences. It formed part of a wide-ranging survey into consumer views on the biggest issues impacting climate change today – from deforestation to transportation and packaging, against other global concerns such as the war in Ukraine, Covid-19 and the economic crisis.

There is also more good news for the environment, as the research also reveals that once the festivities are over most shoppers are keen to do what they can to recycle. More than half of UK consumers (51%) will ensure all materials are separated and recycled, with just over a quarter (26.2%) only recycling if there is enough room. Unfortunately, the UK still ranks behind its European counterparts with consumers in Germany (60%), Spain (59%) and Italy (59%) taking the top spots on the recycling leaderboard.

Winfried Muehling, Marketing and Communication Director, Pro Carton says: “It is heartening to see that more than half of UK consumers will commit to ensuring their gift wrapping is recycled this Christmas, with many shoppers clearly not ignoring concerns about the environment.

Choosing the right packaging material remains key. Gift wrap made from paper instead of plastic foil and recycled separately in the paper and carton stream makes a big difference.

“It is clear that the majority of shoppers want to do the right thing, even during the busiest times of the year. However, it is up to brands and retailers to help them to do that, not by only using sustainable packaging options, but also by clearly labelling them. Shoppers are keen to separate and recycle their waste but without the right information are more likely to just throw perfectly recyclable items straight into their general waste streams.

Once cartons, which could be recycled, end up in general waste streams, their valuable fibers are lost for good. Securing each carton back into carton recycling streams is critical for reuse – as the fibres found in cartons can be recycled up to 25 times with little to no loss of integrity. Furthermore, separate collection is key to reach the industry’s ambition of a 90% recycling rate for fibre-based packaging in Europe.

“We are clearly going in the right direction, but there is still so much to do to achieve a truly circular economy and I call on manufacturers, brands and retailers to continue to pull out all the stops and step up to make the changes needed…this year and into the future.”

To find out more, visit http://www.procarton.com/.