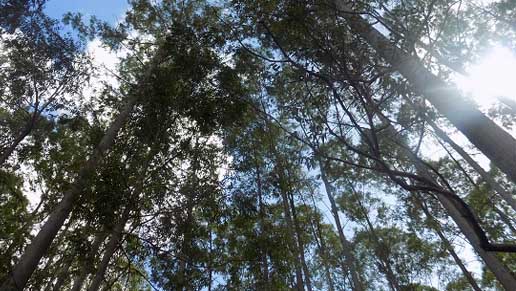 Bracell Group, which is part of Singapore-based RGE, has announced that it will rebrand its operations throughout Brazil under the newly refreshed Bracell brand. Effective immediately, Bahia Specialty Cellulose (BSC) in Camacari, Bahia, and Lwarcel Celulose in Lençóis Paulista, São Paulo, will operate under the unified Bracell brand. Bracell announced the rebranding shortly after it commenced work on ‘Project Star,’ a major expansion project at its pulp mill in the state of São Paulo.
“We have operated one of the industry’s most respected specialty cellulose producers, Bahia Specialty Cellulose, right here in Brazil for over 15 years,” said Per Lindblom, Executive Vice President, Bracell Group. “Our acquisition of Lwarcel Celulose in August 2018 now provides us with a platform to become one of the most dynamic and fastest growing dissolving pulp and cellulose operations not only in Brazil, but in the world.”
The New Brand – Bracell

“We are changing the face of the cellulose industry, so we will naturally evolve our brand”, said Marcelo Leite, Managing Director who has managed the company’s operations in Bahia since 2016. “The Bracell operations in Bahia and São Paulo are at the heart of the cellulose chain, producing high quality raw materials which are the key ingredients used to create a range of items we use every day, around the world. Bracell’s materials are used in a range of products, from textiles, baby wipes and eyeglass frames to soft ice-cream and pharmaceuticals, and industrial products such as high-performance tire cords.”

The newly refreshed Bracell brand logo reflects the company’s commitment to the industry and Brazil. The formerly lower-case ‘b’ becomes a capital ‘B’ to symbolize Bracell’s ambition to become the largest dissolving pulp producer in the world. The capital ‘B’ also represents the company’s pride to operate in Brazil and its focus on producing value added cellulose that aims to become synonymous as ‘Brazilian Cellulose.’
‘Project Star’ : Mill Expansion in São Paulo State
Bracell’s pulp mill in Lençóis Paulista (formerly Lwarcel) has also officially launched ‘Project Star’, an ambitious expansion effort to increase its current production capacity of 250,000 by an additional 1,250,000 per annum to reach 1.5m ton per annum. Work on the expansion has already begun, and is expected to be completed by the end of 2021. By the time of its completion, Project Star is expected to represent the largest private investment in the state of São Paulo in the last 20 years.
Location and Employment for São Paulo Expansion :

Paulista and Macatuba, but also in nearby Agudos, Areiópolis Borebi, Bauru, Pederneiras, São Manuel, Barra Bonita, Jau and Igaraçu do Tietê, and throughout the state of São Paulo.
Mill Expansion Features and Sustainability Commitments :

By the time Project Star completes in 2021, Bracell will have annual production capacity of 2.0 million tons of dissolving pulp, and will employ 7,300 direct and indirect employees.
“Today is a historic day for all of us at Bracell,” added Pedro Stefanini, Managing Director at Bracell São Paulo. “We’re driven by an ambition to become the largest dissolving pulp operation in the world operating at the highest standards of social and environmental responsibility. We will create much-needed jobs and career opportunities for thousands of people in Brazil as we grow, and also set the world-leading standards for the sustainable use of renewable resources.”