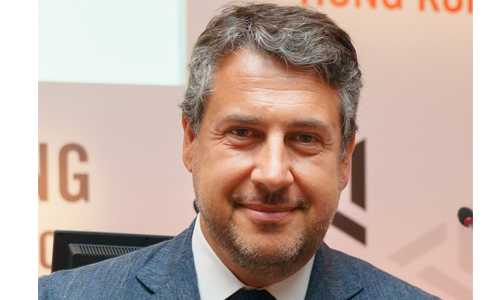 It is online that the Bureau of International Recycling (BIR) organized its Convention Week, one afternoon of which, on October 13, was dedicated to the paper sector. In his introductory remarks, Arnaud Brunet, BIR Managing Director (photo), underlined how the economic situation was uncertain and the forecasts particularly difficult. Afterwards, two leading experts provided an overview of the global economic situation: Stefan Schilbe, Chief Economist for HSBC bank (in Germany) and Philippe Chalmin, professor at Paris Dauphine University, historian and President of the CyclOpe, a French think tank dedicated to the commodity markets.

All economic parameters have been scrutinized. In October, China had already returned to growth of around 5 to 6% year-on-year. But all over the world, except perhaps in China, returning to pre-crisis levels of growth will take time. According to Philippe Chalmin, the current situation is the most severe since the 1930s – if not the worst ever recorded! -, with a global recession for 2020, estimated at 4.1% in September (i.e. before the second wave of the epidemic). For 2021, this expert expects an 8% rebound in growth in France. But, it will be necessary to wait until 2022 or 2023 to return to the 2019 levels. Philippe Chalmin summed up the situation as follows: “The paradox is that the Covid-19 was born in China… which has benefited a lot from the Covid economically”. According to this expert, the year 2020 marks “the end of happy globalization”, the return of state interventionism, the lack of international coordination, the decline in world trade and the resurgence of protectionism by places, geopolitical tensions being more numerous and stronger.

Regarding the recycling of paper & cardboard and for the long term, the world must now organize itself without China which has gradually closed its borders. Europe must therefore export its surpluses to other countries, in the context of an economy (public procurement in particular) which must also be more and more environmentally friendly. “The commodity market is highly dependent on the supply/demand balance,” explained Philippe Chalmin. Unfortunately, demand is currently a problem. In addition, the price of virgin fiber is sometimes lower than that of fiber to be recycled. The possibility of negative prices for inferior Recovered Papers and Cartons (RPC) could be considered. “
Subsequently, Gilles Lenon and Fabienne Vercelli, respectively D.-g. and Director of Client Relations at the Center Technique du Papier in Grenoble (France), presented their work, particularly in the area of recycling and research into alternatives to plastic.
During the discussion which followed, moderated by Sébastien Ricard, Executive Officer of the “Paper” division of BIR (and representative of the Paprec group) – and to which Jean-Luc Petithuguenin, president of this division (and of Paprec) notably participated – the erratic movements, even speculative for some participants, in RPC prices and the impacts of the decline in final consumption on some markets have been pointed out. The need for visibility and less volatility of prices over the long term was underlined. But this type of demand is not new in this sector … According to other points of view, the global RPC market will stabilize in 2021 and new importing countries will continue to emerge, in South East Asia (Indonesia, Vietnam…), in Turkey or on the African continent in particular. According to Ranjit Singh Baxi, International Recycling MD, each country wants to develop its own recycling industry and reduce its external dependence for its fiber supplies. “China remains a key element but its impact is less massive on the market,” he concluded.