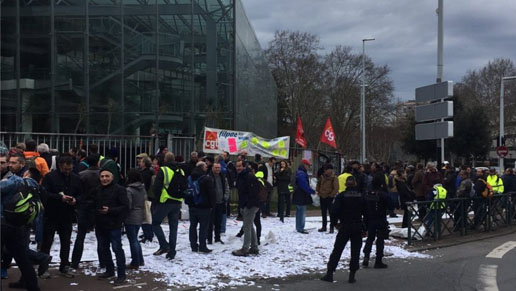 Some 250 employees of Arjowiggins were present yesterday at the Commercial Court of Nanterre (near Paris), where the future of the three factories in receivership was discussed.

The Swedish company Lessebo, the only candidate to take over the three Arjowiggins Graphic factories where more than 900 people are employed, defended its project in court. Three other offers were filed for the Greenfield facillity in Château-Thierry (Aisne), and a fourth for the Bourray site (Sarthe). The court must decide today to give a delay – 2 weeks maybe – that would allow Lessebo to consolidate its offer. This offer would however require a contribution of 33 M€ from Lessebo in equity and capitalization and a commitment from the State of 32 M€. The Commercial Court could also opt for the other candidates and declare a liquidation.