Arjowiggins: the Nanterre Commercial Court grants a two-week deadline ; Three offers from Wepa, Fripa and Mondi to take over Greenfield 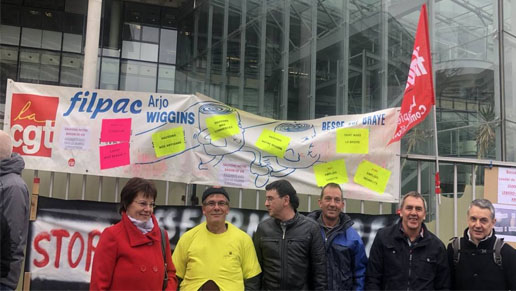 The Nanterre Commercial Court has granted a two-week delay in the French Arjowiggins (Bessé-sur-Braye, Le Bourray and Greenfield) plants takeover case. The examination of the tenders is thus postponed to Wednesday, March 20th at 9 o’clock.

The Lessebo Paper group has submitted a takeover bid for the three sites, but this offer entails an investment of € 33 million by the Swedish group and of € 32 million by public funds. About two-thirds of jobs would be preserved. The Lessebo project must be specified, in particular concerning the Bessé facility.

Meanwhile, an offer was submitted by CGMP (a tissue converter) for the takeover of the Bourray plant.

As for the Greenfield deinked pulp mill, it sparked three offers. On the one hand, that of the German tissue producter Wepa (this company already owns two tissue paper factories in France). On the other hand, that of Fripa, another German producer of tissue. Finally, South African group Mondi has also submitted an offer.

Metsä Board publishes interactive roadmaps on 2030 climate and water targets

The webinar will take place on November 24th : From fossil to forest, a game changer in packaging solutions