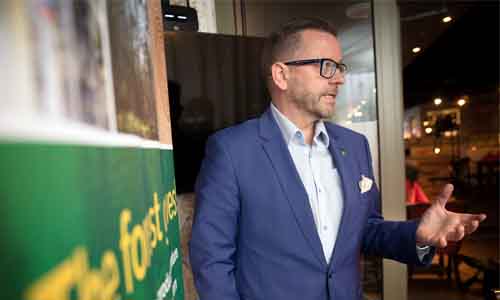 The World BioEconomy Forum was invited to the UNFCC COP27 to take part in a bioeconomy panel organised by the United Nations Industrial Development Organization (UNIDO). This is the very first time the subject of bioeconomy has been discussed as a part of the official programme in the Blue Zone. The panel discussion will be held on 17 November starting at 5pm local time.

This is bold recognition of the consistent work carried out by the World BioEconomy Forum since 2018 and especially for this season which was dedicated to “World BioEconomy Forum talks on climate”! The topic was high on the agenda throughout the season in Roundtables and in the annual conference, the lessons of which are summarised in the Annual Declaration 2022.

The World Bioeconomy Forum’s main messages for the COP27 are:

The Bioeconomy is growing. There are already over 50 national biostrategies worldwide and the number is actively increasing. We have seen that large bio-powers such as the USA and China are taking bold steps in this direction. In the last six months alone there have been multiple new strategies or updates, including:

The value of the bioeconomy is increasing. The value of the global economies is approximately 100 trillion USD. It has been estimated that the bioeconomy value will account for 30 trillion USD by 2030. This is the basis for President Biden’s Executive Order on advancing biotechnology and biomanufacturing. We see bold moves also in other economies, for instance, Japan says that it will increase their bioeconomy value by 50% towards end of this decade.

The bioeconomy and bioproducts provide a contribution to climate change mitigation. This was the Forum’s major theme for the season 2022: World BioEconomy Forum talks on climate. We are well aware that the bioeconomy or bioproducts are not incorporated into the regulated compliance markets or voluntary carbon markets. Still, it is widely known that bioproducts supersede fossil-based products thus reducing dependence on non-renewables. Lessons of the season 2022 are captured in the annual declaration 2022 with the main messages:

Now is the time to contemplate a global home for the bioeconomy. The three trends mentioned above; the bioeconomy is growing, the value of the bioeconomy is increasing, and bioeconomy and bioproducts are contributing in climate change mitigation, provide a concrete reason to contemplate the idea of a global home concept for the bioeconomy. Also, there are other good reasons to consider a global home; already today there are talks on safety, security, supply chains, feedstock availability etc. and as the bioeconomy is now developing all nations will benefit on a joint view of the main points – or at least the place where these topics could be discussed. Bioeconomies differ in different areas, but a lot of the basics are the same. Talks are currently underway and the World BioEconomy Forum is deeply engaged in the discussion. If you would like to be part of these discussions, you are also welcome to join the World BioEconomy Circle.

The Founder of the World BioEconomy Forum Jukka Kantola is very pleased about the recent developments: “I am delighted to join the UNFCC COP27 to take part in the historical bioeconomy panel – this is a short step for an individual but huge leap for the bioeconomy.  The latest developments are very promising and we should keep up this momentum going for the bioeconomy, which is about to increase as one of the major global economy streams as well as its increasing role in climate change mitigation.”

The fifth annual Conference 2022 was held as an online event to save carbon footprint respecting the theme on climate change mitigation. Since the beginning, the World BioEconomy Forum activities have engaged participants from 90 nations of the UN. All Forum activities are organised according to the unique FOUR-PILLAR Structure.