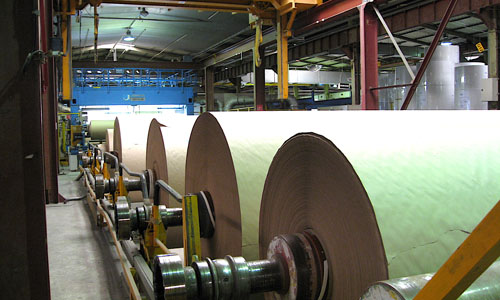 When the purchase of the Arjowiggins Papeterie de l’Aa in Wizernes (Northern France) was officially confirmed at the end of 2018, Edouard Breban, chairman of Wizpaper, made this announcement: “We will be taking the time to audit the site and get the machinery going again. This will require a little patience, a lot of energy and enthusiasm, and above all a great deal of skill. By the end of June 2019, we will be in a position to produce the first reels of corrugated base paper…” In fact, the first reels actually left the mill last May. This success comes down to a joint effort by ex-Arjowiggins employees such as production manager Patrick Désire and Technical Services Manager Olivier Devulder, who became directly involved in getting the facility up and running again. “Wizpaper is first and foremost about the people behind the company who refused to let the mill die! I have big ambitions for this company, which is solidly backed by the Be Paper group, and I am determined to doing everything in my power to achieve them,” explains Edouard Breban.

Wizpaper is specialized in the production of low-grammages corrugated base papers (75 g/m2), “the lightest on the market.” According to the company, many French manufacturers do not produce that grade below 120 g/m2, 85 g/m2 being a minimum grammage for the time being. “At full capacity, we will produce 200,000 tpy. We will be able to meet the total demand for ultralight paper for corrugated products on the French market,” concludes Edouard Breban.

A 4-pages report on Wizpaper has been published in “La Papeterie Magazine”, n° 361 June-July 2019. For more information, contact us : info@groupenp.com