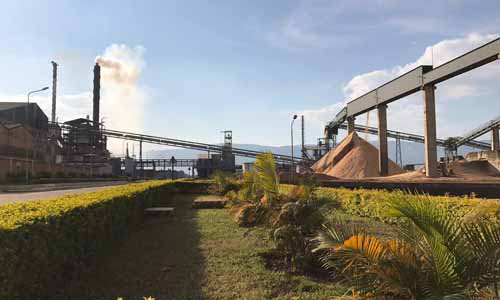 Valmet will deliver a recovery boiler rebuild and technology upgrade to Mufindi Paper Mills Ltd. in Mgololo, Tanzania. The upgrade will have a significant effect on the performance and capacity of the recovery boiler originally commissioned in the 1980’s.

The order is included in Valmet’s orders received of the second quarter 2022. The value of the order will not be disclosed. The project’s duration is approximately one year, with the installation being planned to take place in August 2023.

Prior to Mufindi Paper Mill’s investment decision, Valmet carried out a thorough boiler inspection and a pre-engineering study to define the scope and the urgency of the recovery boiler rebuild.

“An extensive rebuild was considered necessary to prolong the lifecycle of the recovery boiler originally manufactured by Tampella, Finland, in 1985. The target is to restore the boiler’s original design load but leave room for a further capacity increase in the coming years. We are excited about the possibility to start a new era in our partnership with Mufindi Paper Mills with this upgrade,” says Marko Nokkala, Senior Sales Manager South Africa, Energy Sales and Service Operations, SEMEA, Valmet.

The project is the largest brownfield project for Valmet in the region in over 20 years.

The delivery consists of key pressure parts such as the superheater replacement, lower furnace rebuild, main steam line and new smelt spout system together with some key auxiliary equipment such as burners, soot blowers and pumps, and a comprehensive spare parts package.