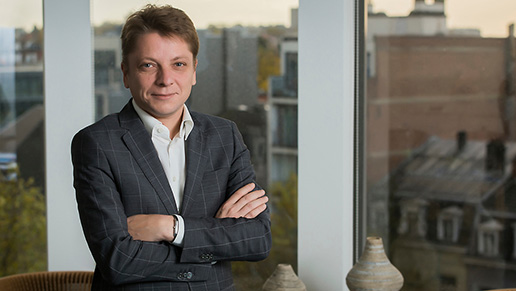 It is with great sadness that we have just heard of the death, on the night of 5-6 June, of Sylvain Lhôte (51), General Manager of CEPI (Confederation of European Paper Industries) following a heart attack. Since joining this position in September 2016, Sylvain has invested heavily in his various missions. He had raised the interests and values of the European paper industry loud and clear. Created in January 1992, CEPI represents 18 national paper associations, including Copacel for France.

Prior to joining CEPI, Sylvain was Vice-president Governmental Affairs and Business Development in the EMEA Region for Alcoa, the aluminium and metals engineering group. He previously directed EU and sustainability affairs for the Borealis Group, in the base chemicals and plastics industry. He also chaired FleishmanHillard’s Public Affairs practice in Europe and headed its environment department, advising major trade associations and industries in the field of sustainability policies and PA strategies.We had the opportunity to publish his Portrait in the columns of our magazine “La Papeterie”. Our press group, ENP Publishing, extends its sincere condolences to his family, loved ones and the entire CEPI team.