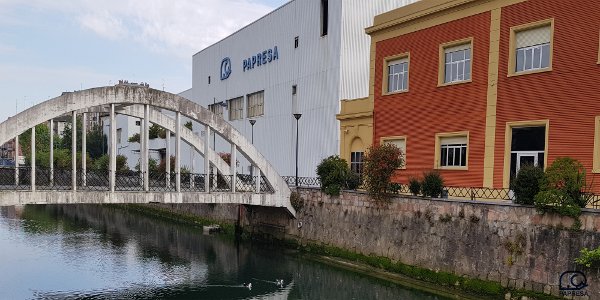 In its digital edition last week, the Spanish newspaper El Economista revealed that Quantum Capital partners, the investment firlm already active in the paper and pacakging business, took over Papresa in Spain.

“Quantum Group has acquired Papresa, the first operator of newsprint in southern Europe, to develop an industrial diversification plan towards new products such as cardboard packaging paper. The sale by the KKR fund was already close to closing with the Indian Kejriwal for nearly 100 million euros last year.
The fund will maintain 100% of the current staff, expand the product offering, promote the company’s internationalization towards Asia and establish its own commercial network in Europe.
In this transaction – the final closure of which is pending regulatory approval – Quantum has been advised by Fieldfisher as legal advisor, Marlborough as financial advisor and AON as insurance advisor. Alantra and Pöyry have acted as corporate advisers to the seller.
The industrial diversification that will begin in Papresa is motivated by the significant drop in the demand for newsprint worldwide in the last five years, 6% per year, due to a greater digitization of information and publishing industries .
Quantum already carried out an operation similar to that planned for Papresa in Spain in 2015 with the purchase of Stora Enso’s Iberian subsidiary of recycled paper, turning it into Barcelona Cartonboard. After carrying out an ambitious investment program in new machinery, products and sales force, in three and a half years the company went from obtaining a negative EBITDA of 3.5 million euros to a positive EBITDA of 8 million. Barcelona Cartonboard was later acquired by Reno de Medici (RDM).
Quantum is committed to allocating half of its initial investments to optimize the environmental efficiency of all the company’s processes.
Papresa, currently the eighth largest paper producer in Spain, achieved a total turnover of 140 million euros in 2019, with an EBITDA of 21 million. The company, based in the Gipuzkoan town of Renteria, provides employment for 222 people and currently has a capacity to process 375,000 tons of paper per year, a figure that Quantum plans to increase.
Quantum Capital Partners invests in Western Europe through its funds in companies in need of active management by the new owner. The operations of the German investor are carried out through its headquarters in Munich, as well as from its offices in Milan and Madrid.
The Quantum Group, with 29 acquisitions made since 2014, is one of the most active investors in its sector. It currently has 21 companies in its portfolio, in eight European countries (Germany, Austria, Switzerland, France, Italy, the United Kingdom, Portugal and Spain), to which Papresa will be added. The group of companies in the Quantum portfolio has more than 8,500 workers and have a combined turnover of approximately 2,000 million euros per year.
The fund has shown interest on several occasions to acquire some of Alcoa’s plants in Spain.”