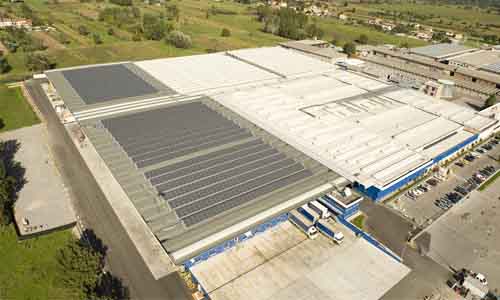 CDP is one of the leading independent environmental performance measurement and reporting organizations operating on a global level.

Sofidel, one of the world’s leaders in the production of paper for hygienic and domestic use, best known for its Regina brand, sees its commitment to fight climate change and deforestation once again confirmed by CDP – one of the leading independent organizations measuring and reporting on environmental performance on a global level.

When it comes to fighting climate change, Sofidel achieved an A– rating, ranking above the European (B) and industry (B) average.

The same A– rating again places the Group above the European (B–) and industry average (B) for its commitment to fight deforestation.

“It is important for us to see the quality of our commitment confirmed by CDP once again. Sofidel believes in sustainability ratings and is investing increasing resources in ESG reporting. We consider timely data verification of our commitment to sustainability as a key transparency and sharing tool to facilitate the transition to a low–carbon economy and a reduced use of natural capital,” commented Riccardo Balducci, Sofidel Energy & Environment Director.

Sofidel’s 2030 emission reduction targets have been approved by the Science Based Targets initiative (SBTi) as consistent with the reduction standards required by the Paris Agreement to limit global warming to well below 2°C. The Group, as part of its green transition journey, is committed to the self–generation and increasing purchase of renewable energy generated by newly–built plants set up through long–term supply agreements. In Italy, thanks to a 10–year supply agreement (PPA) for wind power from the Alcamo II wind farm in Sicily signed with RWE Renewables, the Group produced the equivalent of about 150 million of “Rotoloni Regina” toilet paper rolls using green energy in one year. In Sweden, it is building a bio–syngas production plant with Meva Energy that will use woody biomass from waste from the local supply chain. This is the world’s first such plant in the paper industry.

On the anti–deforestation side, 100% of the sourcing of forest–based raw material used by the Group comes from suppliers certified to strict environmental, social and economic standards guaranteed by independent third parties (FSC®, FSC® Controlled Wood, PEFCTM).

Sofidel is also among the first companies to take part in the multi–stakeholder “Forests Forward” initiative launched by WWF internationally to consolidate forestry procurement policy, strengthening the supplier engagement program to help combat deforestation, conserve  ecosystems and protect the rights of local communities.