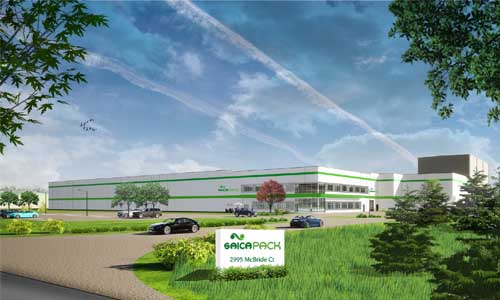 Saica Group, a leading manufacturer of recycled paper for corrugated board, recently announced it will be investing $800 million in the U.S. market, growing through strategic acquisitions or new plant construction during the next five years. This growth follows last year’s announcement of Saica’s first U.S. corrugated plant in Hamilton, Ohio, scheduled to open in early 2022.

The plans were unveiled as part of the company’s “Saica 2025” strategic plan.

“The journey to the U.S. market has not been an easy road, but we are convinced that we can provide products that will differentiate us in a crowded market,” said Saica Group President Ramón Alejandro. “We have been encouraged by the tremendous support we’ve received as we began work on our plant in Hamilton, Ohio.”

When open, the Hamilton Saica plant will occupy a newly-built 300,000 square-foot facility and will include manufacturing, converting and production areas, along with a warehouse and office space.

“We believe our extensive knowledge of low-weight recycled paper production along with the increased demand for cartons makes this a great time to come to the U.S. market,” Alejandro said.