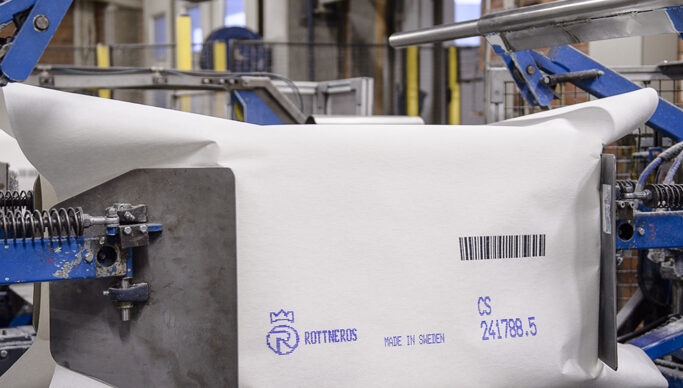 Following an extensive and long-term strategic analysis, Rottneros’ Board of Directors has decided earlier this month to discontinue the production of groundwood pulp in Rottneros Mill as there are no prospects for long-term sustainable profitability. The decision means that about 40 people will be made redundant. The cost of the closure is expected to amount to approximately 60 million Euros. Production is expected to cease at the end of 2022, following the conclusion of trade union negotiations which are now beginning. The Group plans to invest 15 to 19 million Euros to significantly increase capacity and production in the mill’s CTMP line.

The extensive strategic analysis carried out by the company shows that the prospects for long-term sustainable profitability are insufficient for groundwood pulp. Partly due to the dramatically changed situation on the electricity market with very high and highly volatile prices as a result. Partly a structurally decreasing demand for the end products where groundwood pulp is used, mainly printing and writing paper, which makes it difficult to reach a sufficiently high price level.

In 2021, the Group’s production of groundwood pulp amounted to 64 000 tons, corresponding to 16 percent of Rottneros’ total production of 395 300 tons. During the same year, the groundwood line’s share of the Group’s net sales amounted to just over 10 percent, while the contribution, including electricity hedges, to the Group’s net profit was marginal. The costs for the closure, approximately 60 MSEK, consist mainly of redundancy costs and will be charged in the Group’s earnings for the third quarter. Only a minor part is write-downs of fixed assets.

During the past five years, investments in Rottneros Mill have exceeded 56 million Euros in total. They have mainly been related to the goal of fossil-free production and increased production of CTMP. The latter has increased from 80 000 to 120 000 tons annually during recent years.

The Group is conducting a pre-study for the further development of the CTMP line. The goal is to reach a production level of at least 150 000 tons annually from today’s 120 000 tons. The pre-study also addresses the issues of raw material supply and long-term stable and competitive electricity prices. The pre-study is expected to be completed in the fourth quarter of 2022.

“The decision to close the groundwood line is of course associated with great sadness for us, given the employees affected and Rottneros’ over a century long in groundwood pulp.

Unfortunately, the financial prospects are insufficient for continued operations of the groundwood line in the long term, mainly due to the sharply changed situation in the electricity market, especially in the two southern prices areas SE3 and 4. At the same time, it is important to emphasize our significant investment plans within CTMP, the most important product segment of Rottneros Mill. The continued positive long-term profitability outlook within CTMP implies that we plan for a significant production increase during the coming three-year period. Our investments in packaging within Rottneros Packaging and in the raw materials company Nykvist Skogs are further evidence that our position in Värmland has grown in a significant way during recent years”, says Lennart Eberleh, Rottneros’ President and CEO.