Renewable, biogenic carbon should be favoured by the future EU certification scheme for carbon removals 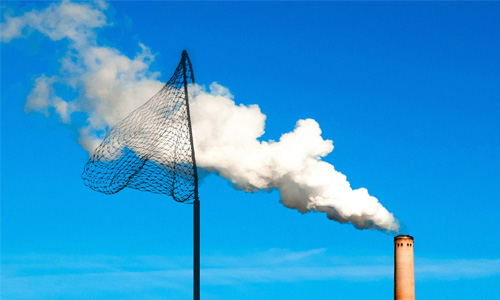 In advance of the release of the EU’s certification scheme for carbon removals, the first to be developed at international scale by a public body, the European federation Cepi presented a position paper outlining its views on this important tool to reach the European Union’s net zero carbon goals. It stresses the important role that the pulp and paper industry already plays in building a biogenic carbon cycle through its value chain, and how differentiated certification tools could better support its further development.

Wood–based products have a capacity to store carbon and substitute fossil–based materials and energy. This contributes to forests and forest–based products having an overall positive net climate effect of –806 million tonnes of CO2 equivalent annually. This  corresponds to avoiding 20% of all EU fossil emissions.

Forests can improve their carbon sink capacity through active management, as practiced by the pulp and paper industry and the forest managers it works with. Sustainable forest management practices have also contributed to the expansion of European forests over the past centuries. This involves the harvesting of trees before their natural decay results in the release of greenhouse gases. Wood harvested in such a way can however store carbon for longer periods if turned into products, and recycling can further prolong this storage capacity. Other ‘carbon cycles’ are based on the capture and re–use of carbon from finite, fossil resources. Cepi proposes a clear, science–based differentiation between these and the renewable carbon that is part of biogenic carbon cycles, as already defined in international standards.

A differentiation between carbon sources through separate certificates would support renewable, bio–based products and materials in substituting of fossil–based ones. This substitution effect holds the potential to considerably lower EU emissions in the future. A clear definition and separation of renewable carbon should be part of a predictable framework to enable the investments needed to reach climate neutrality. Such a framework would make bio–based industries an essential part of the EU’s global climate policy, ensuring security of supply and access to sustainable, home–grown raw materials.

The crucial role of carbon removals has been recognised in scenarios developed by the United Nations’mandated Intergovernmental Panel on Climate Change (IPCC). However, Cepi joins the IPCC and the overwhelming majority of the climate community in underlining that carbon removals should not replace efforts to reduce fossil emissions. Although Cepi supports the development of a carbon certification system for afforestation projects and ones supporting reforestation after disturbances, it considers that as a solution to remove and store carbon from the atmosphere it cannot be used to offset delayed emissions reductions in other sectors.Download Cepi’s position paper on the EU certification of carbon removals.