Prospects and frontiers: AI in the industrial sector 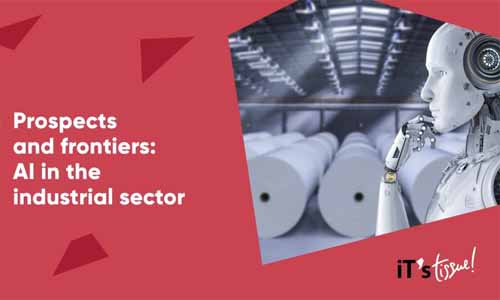 Artificial Intelligence offers the possibility to fully automate industrial production processes and is increasingly useful in decision-making. But humans, with their emotions, are still in the driving seat.

Alexithymia is defined as the inability to recognize and express one’s emotional state. An alexithymiac, in essence, is devoid of emotions and it could be said that they reason exactly like Artificial Intelligence: with impeccable logic but… without heart. Is this true? Well, it’s not that simple.

There are people who, following trauma or surgical operations, have lost the connection between the frontal lobes and limbic structures of the brain. As a result, the brain itself ends up behaving like a computer, but gets lost in the evaluation of the pros and cons that come with every decision, with the result that … no decision is ever made and when it is, it is almost always disastrous. It is not the small decisions – such as removing your hand from the stove when the burner is hot – that pay the price of this emotional silence, but rather more complex decisions with a broader perspective and with a large number of factors at stake. Many scholars, above all the Portuguese neuroscientist Antonio Damasio, have shown that without the emotional sphere, the human being is completely inefficient in making decisions.

Decision-making, however, in everyday life as in business, must be an efficient, prompt, reliable and – as far as possible – positive process.

Artificial Intelligence as a tool for data-driven decision-making

We have been living in the era of so-called big data for some years now. Thanks to the fact that objects are increasingly connected and able to communicate with data collection systems, the production, consumption, transport and use of any product is potentially the source of an almost unlimited amount of data. These data must be collected, analyzed and interpreted. For this, Artificial Intelligence is essential and irreplaceable. AI and Cognitive Computing are able not only to provide estimates, evaluations and trends (we have touched upon the subject before), but also to elaborate a huge number of speculative simulations to allow people to make informed, rational and – above all – data-driven decisions.

Why Artificial Intelligence is unbeatable

AI elaborates an immense amount of information at extraordinary speed. In this regard, AI is superior to people. These data become knowledge through statistical correlations.

The need for Human Intelligence

We human beings, however, have a peculiarity: although we are slower, we can reason in order to draw logical conclusions. What we have that Artificial Intelligence lacks is the ability for generalization and abstraction. To be honest, even the study of the functions of intelligence yields unique traits, in particular because it reveals different types of intelligence (theory of multiple intelligences):

Then there are those inexpressible spheres of love, passion, inspiration, intuition, emotion, which, as mentioned, make complex and “intelligent” decisions possible.

The collaboration between Artificial Intelligence and people

Human beings and AI need to be able to collaborate; if they do, decisions are better.

The human mind for Artificial Intelligence

The human mind designs and builds increasingly better tools. From issues related to under specification that make algorithms inefficient outside experimental testing conditions, to the development of GANs (Generative Adversarial Networks) to perfect efficiency, to the need to guarantee equity, the human mind is the determining factor in stimulating the growth of AI, and it manages to do so also using the extraordinary processing power provided by Artificial Intelligence.

Artificial Intelligence for the human mind

Data, trends and details of emerging phenomena represent information of tremendous value, particularly in an interconnected, IoT-shaped world. At an industrial level, in the Tissue product chain for example, the possibility of tracing all phenomena – from the supply of raw materials to converting, from packaging to delivery to the shelf and final use – is an asset with inestimable possibilities for a human decision-making activity. Without Artificial Intelligence, this activity would lag too far behind the reality of markets (and of competitors). Freed from the need for endless computation, human intelligence can focus on its own strategic decision-making capabilities. What’s more, in the plant (and why not, even upstream and downstream of converting), operational decisions can be left to AI, which in Machine Learning mode can support operations managers and become increasingly autonomous (and efficient).

The balance, i.e., the perfection of the relationship between AI and people

Balance: this is the key word, necessary in the relationship between AI and human decision making. However, we are living in an evolving scenario and balance does not mean anchoring oneself to the past. It means being fully in the present, finding a healthy balance that derives from an awareness that professions and skills must be updated and that the relationship with AI is now a necessity. Balance is knowing how to define roles, responsibilities and tasks.
No dystopia on the horizon, only a reality in which the most dangerous and stressful tasks will be the prerogative of AI, while people will have the role of controllers, supervisors: sentient beings able to find the sweet spot between science and art. Because yes, making decisions is an art. An exquisitely human art.

This post explores the issues of Artificial Intelligence in the Tissue Industry, but… don’t forget safety!