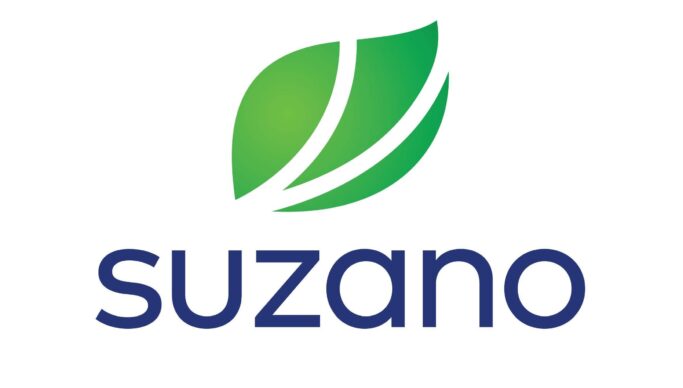 Suzano, the world’s leading eucalyptus pulp producer and a global benchmark in the manufacture of bioproducts developed from eucalyptus, reported operating cash generation of R$4.9 billion (appr. USD 930 million) for the three months to 30 June 2021 (2Q21). This represents a 47% increase compared to the same period last year (2Q20) and the best quarterly result since Suzano’s inception following the merger between Suzano Papel e Celulose and Fibria in January 2019.

The results continue to be driven by strong pulp sales and higher prices in the market. Suzano ended the quarter with current pulp inventories below the optimum operational level. The paper segment was marked by solid commercial and operational performance, given prices increases and sales volume in the domestic market. Pulp sales during 2Q21 were 2.5 million tons, while paper sales totaled 296,000 tons, contributing to net revenue of R$9.8 billion in 2Q21.

Suzano’s cash generation capacity, combined with prudent financial discipline, has helped reduce leverage in US$, as measured by net debt/adjusted EBITDA, to 3.3x as of 30 June 2021, compared to 3.8x at the end of 1Q21.

“Our results once again demonstrate Suzano’s financial strength. Our performance in recent quarters has laid the groundwork necessary to build a landmark new pulp mill in Brazil”, says Walter Schalka, CEO of Suzano.

The multi-billion-dollar project at Mato Grosso do Sul, announced in May 2021, will be one of the largest private sector investments under development in Brazil once the project commences following Board approval.

Addressing the bottom line, the weakening of US$ against BRL at the end of the quarter was largely responsible for the net gain of R$10 billion. This is predominantly due to the positive impact of exchange variation on debt and derivatives contracted in US$.

The second quarter saw two milestones in Suzano’s Environmental, Social and Governance (ESG) agenda. Suzano announced a biodiversity scheme to connect half a million hectares of native forests by 2030 and increased the use of green finance within its capital structure in June by issuing a US$1 billion Sustainability-Linked Bond (SLB) linked to targets including the representation of women in leadership positions and the reduction of water use in industrial operations.