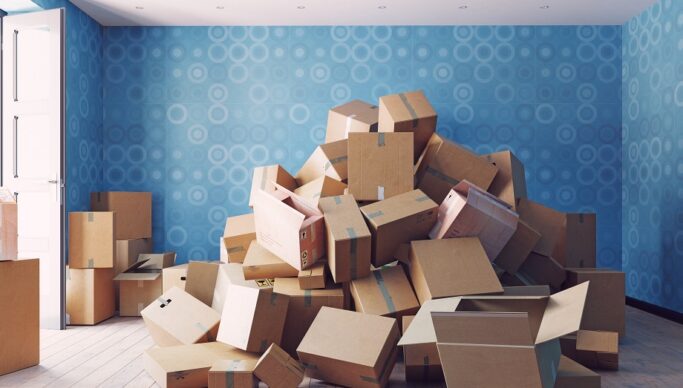 New data recently showed by DS Smith that 44% of Brits admit to hoarding cardboard boxes – with a massive 135m believed to be sitting in our sheds, garages, and wardrobes.

Over half of Brits (52%) say the amount of cardboard packaging in their homes has increased since the pandemic, with two thirds (66%) of those blaming more online shopping, and more than a quarter (28%) holding on to boxes without any clear motive – simply because “they might be useful in the future.”  But the hoarding habit, while seemingly harmless, is actually keeping raw materials out of the hands of recycling companies and causing paper prices to rise.

Rogier Gerritsen, Head of Recycling at DS Smith said: “Since the pandemic begun there’s been a major shift in consumer shopping habits and we’ve seen a huge rise in people ordering more items online, accumulating more boxes as a result. But while some put these boxes to good use – re-using them for storage, arts and crafts, or to ship other items – many boxes are sitting unused and not finding their way back into recycling streams. It means that materials are at best getting delayed in reaching recyclers, and at worse not getting to them at all.”