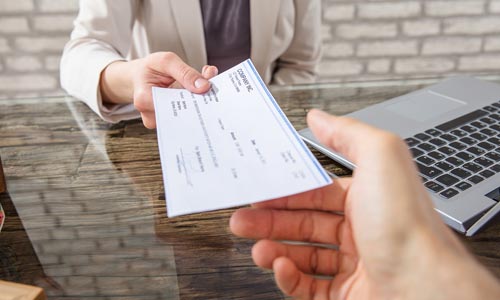 Following the announcement released on 12 September 2019, Lecta is pleased to announce that holders of the majority of the 2022 and 2023 Senior Secured Notes, holders of the majority of the debt under the Revolving Credit Facility , and the controlling shareholders have reached an in-principle agreement with the Company on (i) a comprehensive recapitalization of the Lecta group (the “Recapitalization”), and (ii) the provision of additional liquidity support through new working capital facilities.
This marks an important step in the Company’s efforts to secure a sustainable capital structure.
The successful implementation of the Recapitalization will materially reinforce the Company’s balance sheet and liquidity position to allow it to continue its transformation into a specialty paper company. The Recapitalization will notably comprise:
• deleveraging of the balance sheet, via a reduction of the Notes’ principal amount within the Company’s consolidation perimeter by between €380 and €400 million, while all other financial and trade creditors remain unimpaired;
• reducing debt service requirements through a combination of (i) the reduction of cash interest on the Notes from c.€39 million to c.€13 million per year, and (ii) the extension of maturities on the Notes to 2025;
• refinancing or extending the existing RCF;
• providing new money to support the operations and fund the Company’s transformation and growth projects;
• consensually transferring ownership of the Company from existing shareholders to the holders of the Notes who comprise well capitalized institutions with extensive experience investing in the sector; and • implementing a new equity structure with strong governance, in which holders of the Notes will receive new shares permanently stapled to €80-100 million of new junior notes outside the Company’s consolidation perimeter and maturing after the Notes.
The Recapitalization will strengthen the capital structure of the Company and significantly improve the position of clients, suppliers and working capital providers.
In addition to the material deleveraging, certain members of the Ad Hoc Group of noteholders have agreed to provide, to the extent required, additional liquidity during the implementation of the Recapitalization.
The WC Facilities are intended to provide up to €60m in additional funding comprising a combination of receivables securitization funding and additional borrowings under the RCF, to support the Company’s working capital requirements. This additional liquidity is expected to be available to the Company in the coming weeks.
Furthermore, dialogue with the French authorities has been ongoing, and the French authorities have communicated their willingness to provide various measures of support for the Company’s operations in France.
As the Company and its key stakeholders work constructively towards achieving a near-term implementation of the Recapitalization and the WC Facilities, the Company continues to operate on a business as usual basis.
For additional information, holders of the Notes are encouraged to get in touch with the Ad Hoc Group via their financial advisors Houlihan Lokey (StarlingHL@hl.com). Houlihan Lokey will host a call for holders of the Notes in the coming days, and holders of the Notes are invited to contact Houlihan Lokey to register accordingly.