Large attendance at the Atip/Copacel Paper Days in Paris 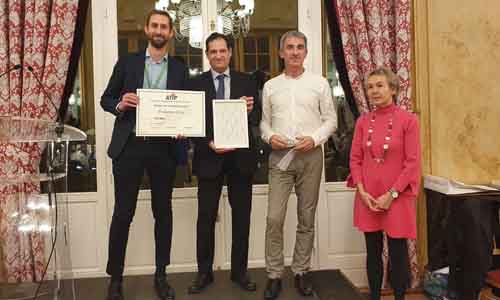 On 8 and 9 December, the entire French paper industry gathered in Paris to attend the Paper Industry Days organised by Atip and Copacel. More than 400 participants were registered, who were able to alternate between conferences and visits to the thirty or so exhibitors. The atmosphere was warm and the hall well laid out and friendly. There were many opportunities for meetings and exchanges, much to the delight of the participants.

The conference organised by Copacel dealt with two topical issues: raw materials and energy. Representatives from CyClope and IFP Energies Nouvelles described the current unprecedented situation in detail with a myriad of graphics. Among their conclusions: energy will remain expensive at least in the short term. Finally, Philippe d’Adhémar, President of Copacel, concluded the conference by recalling the positive elements of the moment but also the subjects of vigilance. According to him, in terms of energy, it is the French industry as a whole that is weakened.

In addition, on 8 December, the Gala Evening brought together around a hundred participants in the superb setting of the Cercle des Armées. As is tradition, the Innovation Awards were presented. Valmet was awarded Gold for its Sleeve Roll (sleeve and fabric, see photo). The system is designed for the forming section and does not use a vacuum, which saves energy by reducing the power required to drive the fabric. The Silver Palm was awarded to CTP and Pellenc ST (who also worked with Citeo) for the joint use of visible spectroscopy and near infrared (NIR) to improve the quality of de-inking and recovered packaging flows (separation of boards and papers). Finally, ABB received the Bronze Award for its synchronous reluctance motors (SynRM). Thanks to an innovation in the rotor, these motors limit losses while improving efficiency and reliability. Finally, the Progress Trophy was awarded to DS Smith Rouen for its work on optimising effluents entering wastewater treatment plants.