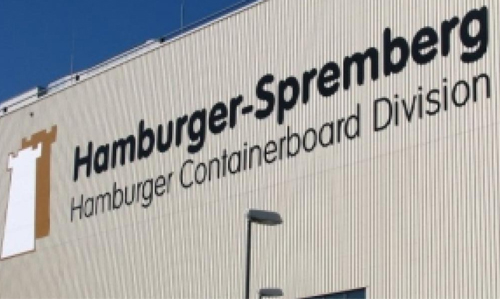 The new starting date for the PM2 paper machine at the Hamburger Container Board location in Spremberg was set for the first week of September 2020. The decision was made following impacts from Corona crisis as well as a recent fire on the building site. As reported two weeks ago, a fire broke out in the stock preparation area during welding. No one was injured due to the fast intervention of the LEAG fire brigade. The damage has now been estimated at several million euros as some of the wastepaper processing machinery needs complete replacement.
Hamburger Containerboard and its suppliers are now working on a quick solution in order to start operation as early as possible.With an investment volume of EUR 370 million, Hamburger Containerboard is expanding its production site in the Schwarze Pumpe Industrial Park into one of the most modern and powerful paper mills in Europe. At full capacity utilization of the plant, 500 000 tons of high-quality white and brown packaging papers are produced annually.

The paper mill at the Spremberg site is part of the Hamburger Containerboard division of the Austrian Prinzhorn Group. Brands like RiegerLiner, RiegerTop and SpreeWhite make the company the market leader in the white coated and uncoated testliner segment. With 2.47 million tonnes and ten plants, Hamburger Containerboard is one of the leading producers of high-quality corrugated paper in Europe.

With 9,800 employees in 16 countries, Prinzhorn Group is one of the European market leaders in the packaging, paper and recycling industries. With an annual turnover of 1.90 billion euros, the company is number three in this segment in Europe. The family-owned company is headquartered in Vienna (Austria) and is divided into three divisions: Dunapack Packaging (packaging solutions made of corrugated board), Hamburger Containerboard (production of corrugated board raw paper) and Hamburger Recycling (collection and trade in secondary raw materials).

Suez is pleased to announce the appointment of Mehdi Sesbou

Kimberly-Clark Names John W. Culver to Board of Directors

A future in textile for SCA’s Ortviken mill?

Investment projects delayed but not cancelled at Prinzhorn Group

Valmet strengthens its business by acquiring PMP Group, a provider of technologies and services for the paper industry #paperfirst

The World Bioeconomy Forum was live from Ruka

When the paper industry attracts talents

The Board of Directors of BillerudKorsnäs has decided not to submit a proposal for an extra dividend for 2019.