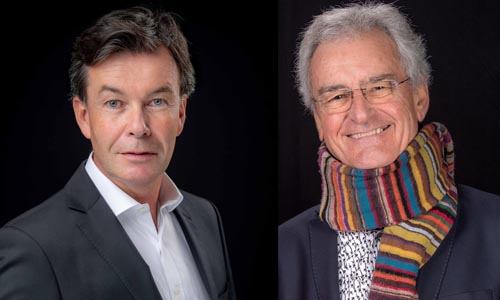 Guillaume Le Jeune has spent almost 30 years in the paper industry. He first worked at distributor Arjomari-Diffusion (Arjowiggins group) before joining UPM, then Stora Enso. Since 2014, he has been responsible for the “Paper” division of Stora Enso for France. Serge Bardy, for his part, is Culture Papier delegate for the Pays de la Loire region. He is notably the author of a noticed parliamentary report entitled “From collaborative intelligence to the circular economy: France, land of the future of the paper industry”.

“While the Covid installs a kind of digital evidence, it is a question of changing attitudes about the future of paper, explains Guillaume Le Jeune. (…) It is also about promoting essential energy sobriety, rather than utopian “dematerialization”, and defending responsible alternatives to invasive plastic. Culture Papier wishes to promote a genuine digital Human Right which respects the protection of individual and democratic freedoms, the portability and security of personal data … (…) Culture Papier will continue its initiatives and cooperation at local, national and European level.”

Antalis and Favini announce a distribution agreement for REFIT, a new paper made with textile and wool production residues

Valmet issues a guidance for 2020