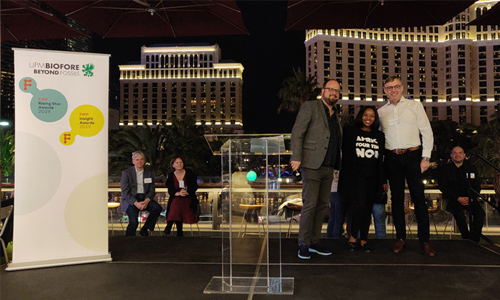 The FIPP Rising Stars in Media and Insight Awards were presented at the UPM Opening Reception at the FIPP World Media Congress on 12 November 2019. These awards celebrate outstanding work in the global media industry – recognising young leaders as well as various research-driven pieces of work that have given new insights to the industry. Soga Mbali, editor of South African Media 24’s True Love magazine, is this year’s overall winner of the FIPP Rising Stars in Media Awards. Mbali is awarded for her achievements taking the magazine in a new direction with a complete brand renewal.

For the Insight Awards, the following projects and companies were rewarded with Gold awards in their respective categories:

UPM Communication Papers has been the main sponsor of the FIPP Rising Stars and Insight Awards for many years, supporting young talents and new insights from the industry. The sponsorship shows UPM’s commitment to the publishing industry, and according to Ruud van den Berg, SVP Magazines, Merchants and Office, the future looks bright.

“I am deeply impressed by the breadth and scope of the applications we received. For us at UPM, it reaffirms the importance of supporting the FIPP Rising Stars in Media and Insight Awards. We strongly believe in the bright future of the publishing industry. We want to recognise the new insights that these Insight Award winners have brought as well as the dedication of the young leaders who were awarded with Rising Stars awards,” notes van den Berg, who is also one of the judges on the awards.