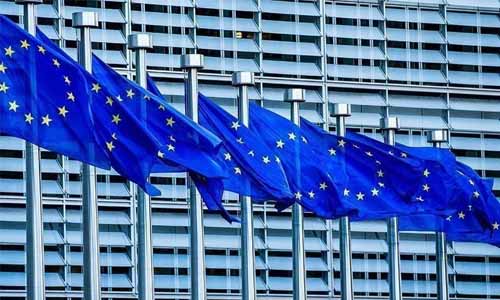 The European Commission released today the Winter Preparedness Package. The measures outlined in the package respond to the intertwined needs of European citizens and industry, in the face of a deteriorating situation regarding energy supplies. They also introduce a greater level of uncertainty, requiring belated changes to emergency plans previously developed by Member States.

The three documents presented today aim to protect the EU citizens, as well as jobs and the economy as a whole from the effects of the disruption in Russian gas supplies. The pulp and paper industry represented by Cepi plays a fundamental role as a provider of critical products. As its manufacturing partly depends on gas, possible disruptions in the industry’s gas supply would affect the entire logistics of the EU, availability of paper packaging for food and pharmaceuticals, as well as essential hygiene products. In many places, stopping the provision of gas to paper mills would also mean less heat available to district heating networks supplying thousands of people. Moreover, recycling operations in the paper industry are almost entirely based on natural gas. Restricted gas supply would potentially disrupt relatedwaste management operations and Europe’s leading transport packaging value chain supplies, which rely to a high degree on recycled content.

The onus is now on governments to adapt their national emergency plans by end of September in line with the guidance provided by the EU Commission, and allow for a temporary fuel switch where possible. This should include making full use of the flexibility offered by the EU Commission regarding the application of the Industrial Emission Directive. The new communication part of the package clearly states that gas restrictions and rationing are only to be used as a last resort. But an accompanying legislative proposal also released today already contains provisions to enforce such measures, including via mandatory consumption cuts. This creates uncertainty, to which adds the new update of national emergency plans. These already existing plans had until now formed the basis for the industry’s own projections and preparedness plans.

By making full use of the tools offered by the EU Commission, national governments now have a role to play in mitigating the pressures on gas markets before mandatory cuts need to be enforced. But what their reactions would be in case severe gas disruptions were to happen is now unclear. To lower natural gas consumption, Cepi recommends starting curtailment from low–efficiency installations producingelectricity or heat only. Combined heat and power generation, also known as CHP or cogeneration and dominant in the pulp and paper industry, uses natural gas in a highly energy efficient manner and is also the most climate–friendly choice. To ensure continuity in the manufacturing of essential products, it is important that Member States also consider entire value chains in their response to the energy crisis.

Finally, national governments must ensure that critical industries, such as pulp and paper, are able to renew gas contracts towards the end of the year at an affordable price. The pulp and paper industry stands ready to voluntarily support national actions outlined by the European Commission, and the market– based solutions proposed, to maintain stable and predictable energy supply.

“We call on the national governments to swiftly implement measures ensuring that our industry can keep delivering essential goods in times of crisis. By prioritising the pulp and paper industry, Member States can not only secure the well–being of EU citizens now, but also strengthen the role of green and more energy efficient industries in the future EU economy. The paper industry is a perfect example that this is not about a choice between protecting citizens and safeguarding industrial production.”Jori Ringman, Director General – Cepi (Confederation of the European Paper Industries)