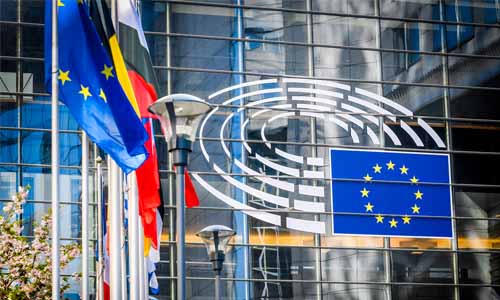 The EU Parliament has now adopted its mandates for negotiations on the revision of the emissions trading scheme (ETS), the EU’s main carbon pricing tool, and the carbon border adjustment mechanism (CBAM).

Both are instruments to attain the EU’s 2030 climate objectives, supported by Cepi. The Commission’s plan to decarbonise EU industries is now also being reviewed by the European Council. Most importantly both pieces of legislation will have to demonstrate more rigorously that they can be applied to the real economy, and that the goals fixed can be met in spite of adverse economic conditions.

The stakes are high now for the European Council, a raise of climate ambition without appropriate carbon leakage protection risk both a large–scale  deindustrialisation of the EU and the mechanical increase of emissions from competitors in parts of the world where climate legislation is less developed. This would lead to an increase of CO2 emissions at global level, or carbon leakage. The results of the vote show that the EU Parliament has disregarded concerns over whether the redesigned carbon leakage rules would be strong enough. Cepi hopes that the Council will now focus on ensuring that the European industry can remain competitive in the global market while delivering emission reductions.

Cepi has called out both the revised ETS and CBAM for relying on projections for energy prices and carbon prices which forecasts for 2030 have already been exceeded, partly as a result of Russia’s war against Ukraine. Few economic actors within the sector will be able to invest into decarbonisation and face the additional red tape in the midst of an energy crisis. Meanwhile the existing public funding instruments’ firepower still is not suited to a rapid scale up of solutions for industrial decarbonisation. In this situation, Cepi experts warn that the new ETS rules will put the industry into a squeeze, including installations which were so far amongst some of the best performers, sending the wrong message to industrial decarbonisation frontrunners. ETS will now rapidly raise the bar for what decarbonisation technologies are judged fit for purpose, arbitrarily narrowing down the range of available decarbonisation options.

Cepi welcomes the fact that CBAM will not include pulp and paper in the immediate future and believes any extension of the scope of the mechanism to new products and sectors should be considered only after in–depth impact assessment and consultations. This is particularly important for industries with a long and complex value chain and a positive trade balance, with the potential to replace carbon– intensive products on global markets, as is the case for pulp and paper.