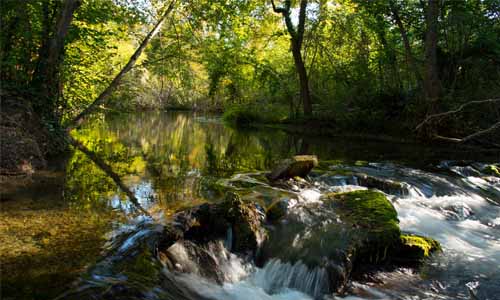 A Regulation on nature restoration has now been tabled by the EU Commission, the first European legislation addressing biodiversity in three decades. Parts of the proposed regulation would be relevant to the management of forests. Cepi, the Confederation of European Pulp and Paper Industries, continues to support the health and resilience of ecosystems, although a renewed European effort would have to befocused, efficient and inclusive.

The Commission proposal includes sweeping targets, with all ecosystems in need of restoration being covered by 2050 and an “increasing trend” of key indicators to be achieved in all forest ecosystems. But it does not clarify which actors will ultimately bear the responsibility and cost for the implementation of restoration measures which will require considerable human and financial resources (up to 54 billion eurosaccording to the Commission). Cepi considers that restoration should first be targeted at areas where its benefits for biodiversity are maximised in order to be efficient. For example, in those already designated in the Natura 2000 network, or in areas affected by natural disturbances such as fires and insects.

What restoration would mean in areas that are not currently protected also is not yet well defined in the Commission’s proposal and its impact on the economic functions of the forests would need to be thoroughly assessed. The Commission’s own preliminary assessment recognises that “opportunity costs could stem from decreased biomass harvests” but does not go further in integrating these costs into its models. The decision on criteria determining a habitat’s ‘satisfactory level’ of restoration will rest in the hands of Member States through National Restoration Plans. In this process, Cepi calls for the consultation of all forestry stakeholders, to allow Member States to draw from extensive knowledge safeguarded by local actors, including those who depend on forests for their livelihoods.

Sustainable forest management practices as supported by Cepi are changing to meet new challenges, including in developing existing measures to protect biodiversity. This is why these practices have already improved biodiversity in many forest areas which are now unprotected. Sustainable forest management is also an efficient mean of climate change mitigation, by increasing forests’ carbon sink through the management of their age structure. It also helps forests’ climate adaptation, sometimes by introducing new species that are more resilient to new conditions. Biodiversity and climate objectives are both enhanced by human intervention, but in a changing climate neither supposes keeping forests exactly as they are today.

Other initiatives addressing biodiversity already exist. The Forest Europe process, to which EU Member states are signatories, has developed criteria and indicators for sustainable forest management which include biodiversity indicators. The Forest Europe 2020 report shows that over the years, sustainable forest management, in both protected and non–protected areas, has led to improving trends for many indicators, such as forest area, growing stock, deadwood volumes, tree species diversity, forest area designated for biodiversity conservation and forest bird species.