Borregaard and Sappi are celebrating a 20 years anniversary for the joint venture LignoTech South Africa. 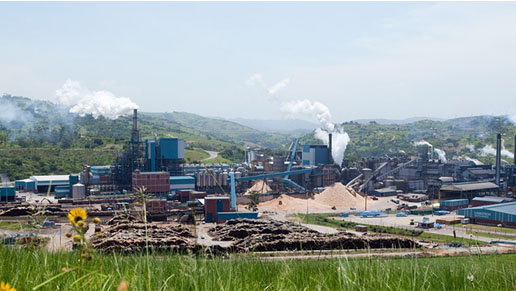 LignoTech South Africa is an equal partnership joint venture between Sappi Southern Africa Limited and Borregaard. The lignin extraction plant in Umkomaas, KwaZulu Natal was first commissioned in December 1998 and officially opened in 1999. The plant at LignoTech was designed to generate revenue from a previously-unused component of the effluent stream from Sappi’s Saiccor mill. These are used as binding and dispersing agents in a wide range of agricultural and industrial applications.

Gary Bowles, Group Head Technology of Sappi Limited commented on the anniversary: “LignoTech has been a tremendous success. Sappi and Borregaard showed faith and commitment 20 years ago and have created a synergistic integration of local competencies, infrastructure and raw material with internationally-proven technology and global reach. This innovative venture continues to benefit all stakeholders. LignoTech is an example of Sappi’s commitment to work with partners to develop solutions, in particular in the exciting fields of biochemicals and biomaterials.”

Per A. Sørlie, CEO of Borregaard commented: “Borregaard is a proud co-owner of LignoTech. The partnership produces high value-added products from a local raw material, creates more than 100 jobs, generates export revenues for South Africa and has a positive impact on the environment.”

The location in South Africa was chosen because of the ready availability of a sustainable supply of raw materials, effective infrastructure, highly competent people, the relatively low cost of production and proximity to export markets via the Port of Durban.

The success of the venture can be seen in the expansions undertaken during the 20 years. The plant was expanded three times since inception, in 2003, 2008 and in 2017. Throughout the plant’s existence small and medium suppliers have benefited as contractors and sub-contractors. Thousands of temporary jobs were created through the expansion projects.

Mark Antonie, LignoTech South Africa GM commented: “We are very proud that the business has grown from the initial 55kt p.a. plant and has matured into one of the largest lignosulphonate manufacturers globally producing high quality products. LignoTech South Africa’s output is sold in South Africa and exported to countries in Africa, Asia Pacific, the Middle East and South America and is used in a range of applications including dust suppression, concrete additives, pelleting agents in animal feeds and mineral granulation aids to name a few.”