The Austria-based machinery supplier Andritz published its results for the second quarter of 2020 and the first half of the year.  The international group showed largely solid business development in the second quarter of 2020 in view of the very challenging overall economic environment. While order intake fell sharply compared to the previous year ’s reference period – primarily due to the weak global economy, but also to structural weaknesses in the Hydro and Metals Forming (Schuler) markets – sales, earnings (EBITA) and profitability increased slightly.

“All of our business areas have been and still are being affected by the weakness of the global economy – albeit to different extents. We introduced cost-saving measures at the right time and were able to largely cushion the negative effects of the crisis as a result. However, as investment activity will continue to be adversely affected in the markets we serve and the structural weakness in the Hydro and Metals Forming markets will probably persist, we will be taking further steps to adjust our cost structures in the coming months in order to safeguard our ability to compete in the long term. ”

In the second quarter of 2020, order intake at 1,183.8 MEUR was significantly lower than in the previous year’s reference period (-42.2% versus Q2 2019), which included several larger orders in the Pulp & Paper and Metals business areas. Considering the difficult general environment, Pulp & Paper saw solid development, but still showed a decline compared to the very high level of the previous year ’s reference period.

OUTLOOK FOR 2020: Slight decline in sales and stable profitability

The markets served by Andritz have been and continue to be affected by the negative effects of the COVID-19 crisis. Many investment projects and order awards have been slowed down by the customers or postponed until further notice.

In the coming months, Andritz will continue the measures to reduce costs in the short term that were implemented immediately after the COVID-19 crisis began and also make adjustments to optimize cost structures in the medium term. This concerns Hydro and Metals Forming in particular, both of which are affected by continuing weakness of their markets served, which has been intensified by the global economic slowdown. As a result, capacity adjustments are planned in both areas, for which total provisions in the mid-/upper two-digit million euros range are planned in the third quarter of 2020. These measures are aimed at adapting the capacities and cost structures to a slightly lower business volume in both business areas in the medium term.

Based on development of the order intake in the first half of 2020, the existing order backlog of the Group as of the end of June and market expectations for the current, second half of the year, Andritz expects slightly lower sales from today’s perspective for the 2020 business year compared to 2019 (6,674 MEUR).

Profitability (EBITA margin based on the operating result (EBITA) as reported) including the above-mentioned provisions for capacity adjustment measures should remain roughly at the same level as in the previous year (EBITA margin 2019 reported: approx. 5%) in spite of the decline in sales.

However, if the situation deteriorates further as the year progresses, further financial provisions for additional capacity adjustments may be necessary in individual business areas and could have a negative effect on the group’s earnings. 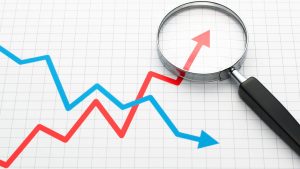