According to Copacel, the legislative work on the future regulation on packaging and packaging waste must be based on objective data 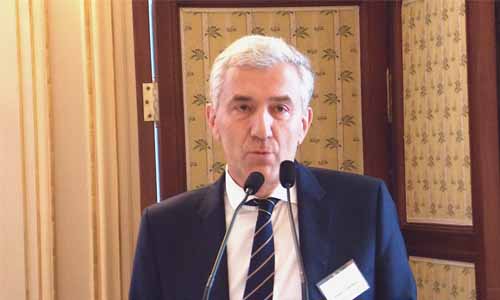 On 30 November, the European Commission published its proposal for a regulation on packaging and packaging waste. This regulation, which will replace a recently revised directive (2019), sets out a strict framework for the design of packaging used in the EU. In the coming months, this project will be examined by the European Parliament and by the Member States, which will amend the draft.

The French paper industry, which produces more than half of its output for packaging (corrugated boxes, cartonboards, bags, etc.), had discovered with concern the European Commission’s preparatory work, which, contrary to existing studies, considered the reuse of packaging to be preferable to its recycling. The version published on 30 November has evolved on certain points and takes greater account of the proven complementarity of reuse and recycling. In many cases, recycling can be more relevant from an environmental point of view.

However, the paper industry will continue to pay close attention to the environmental and economic relevance of the provisions and objectives that will be retained in this text, as it is developed. The paper board material is already perfectly in line with a circular economy logic: the cellulose fibres that make up packaging come from wood (a sustainably managed and therefore renewable resource), and packaging waste is very largely recycled. In France, the recycling rate for packaging paper and board exceeds the EU target of 75% by 2025. It is the material with the highest recycling rate in Europe.

According to Copacel, the reuse or recycling targets that will be included in this regulation will have to focus on packaging that performs poorly in terms of the circular economy, and not weaken the models that have already been proven. However, Copacel welcomes the fact that the legal instrument chosen is a regulation, « which is better able than a directive to prevent Member States from introducing national legislation that would lead to distortions, for example in terms of defining the recyclability of waste or product marking. »

According to Philippe d’Adhémar, president (photo), « reuse or recycling are, depending on the case, two options for including packaging in circular economy systems. We are at the disposal of the public authorities to provide them with our industrial expertise as recyclers of paper and board, so that this regulation can improve the environmental and economic performance of the French economy. »