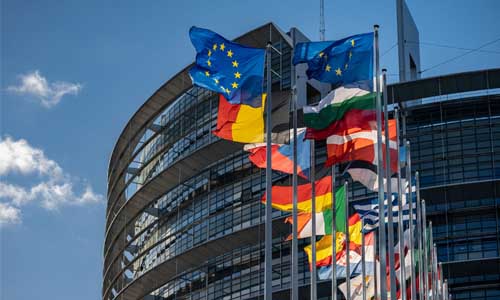 The European Parliament’s ENVI Committee (has voted today on a series of key pieces of the ‘Fit for 55’ package, which was proposed last year by the European Commission. The legislative package aims to cut the EU’s CO2 emissions by 55 percent until 2030. The outcome of the votes offers a few positive signs to the pulp and paper industry, as the Committee members acknowledged some of the contributions of the broader forest sector to climate action. But some legal provisions could paradoxically make it very challenging for the pulp and paper industry to decarbonise. In the upcoming plenary votes, the EU Parliament should focus on supporting the development of a European circular bioeconomy.

A first vote, on the land use, land–use change, and forestry (LULUCF) regulation, has brought forth the principle that carbon removals from forest sinks should support, but not replace, efforts to reduce fossil emissions. In other words, forests should not be used to compensate for other sectors’ emissions, including non–CO2 agricultural emissions. This is a balanced approach to the integration of land–based removals to the overall objective of net carbon neutrality.

Other proposed changes to the Commission’s proposal point towards the potential of forest products to help decarbonise the EU by substituting carbon–intensive ones. But one amendment which increases the target amount of carbon to be removed from the atmosphere by forests, up to 360 million tons of CO2 by 2030, may at the same time negatively affect the development of renewable and sustainable forestproducts by setting aside some forests for carbon offsets.

Other positions held by the ENVI Committee are similarly contradictory. A vote on the revision of the Emissions Trading Scheme (ETS) Directive, while it would severely reduce financial resources for low–carbon investments has also recognised the contribution that biomass could offer as a clean source of energy for industries. However, an ENVI opinion on the revision of the Renewable Energy Directive (RED) seems to call the same principle into question. The opinion not only favours secondary over primary biomass use for energy by excluding the latter from national support schemes. It even excludes primary biomass complying with all sustainability criteria from counting towards the renewable energy target. Still, primary biomass currently accounts for nearly 50 percent of the wood input used for bioenergy, which in turn represents almost 60 percent of the renewable energy consumption in the EU.

As part of the revision, the Commission has proposed that 40 percent of the EU’s energy mix should come from renewables. The compromise amendments to the ENVI Committee’s draft report suggest increasing that target to 45 percent. That higher goal could be out of reach if primary biomass is excluded from the outset. Cepi calls on the Members of the European Parliament to correct this contradiction in the upcoming plenary vote in June.

Without requesting an in–depth impact assessment and industry consultation, the Committee also voted for the extension of the carbon  order adjustment mechanism (CBAM) to all ETS sectors. CBAM is meant to protect energy intensive industries from carbon leakage: an unintended increase in CO2 emissions, as a result of the EU’s comparatively cleaner industry losing to global competitors. However, for some ETS sectors with very specific value chains, products and global trade flows, such as the pulp and paper industry, a CBAM will not be an effective tool to address carbon leakage and reduce emissions. The Committee’s vote notably fails to provide a concrete solution for exports, while accelerating free allowances phasing–out and threatening the existing indirect carbon cost compensation scheme.