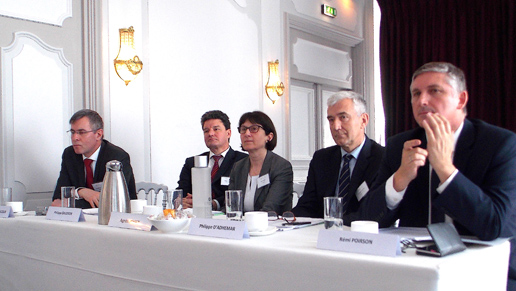 This morning, COPACEL* has drawn up the balance sheet of the French paper industry activity in 2018. The turnover grew by 4.5% vs 2017 (market pulp, paper and carbonboard). On an annual average, prices rose by 10% for the main category of corrugated paper and by more than 13% for newsprint.
The production volume was however lower (-2%) compared to 2017 (7,9 Mt), but the situation is rather contrasted depending on paper grades . On the other hand, production in other European countries remained almost stable in 2018 compared to 2017 (-0.2%). Last year, the French paper and board consumption has also plummeted by 1, 2 % (8,76 Mt).

The production of packaging paper and board contracted, due to technical shutdowns at several corrugated paper sites. In addition, a plant producing flexible packaging had to be shutdown over several months.
Chemicals and energy costs (+ 31 % annual average for gas and + 11 % for electricity) rose significantly in 2018, a year also marked by tensions for the purchase of transport.
Pulp markets were stretched through much of 2018 due to sustained global demand, driven by China, and reduced supply due to technical problems at several mills. Even with lower demand from the last quarter and lower prices, pulp prices averaged historically high levels annually. The price of softwood pulp (NBSK), in dollars, was thus 30% higher than the 2017 average. This unprecedented situation has weighed heavily on the profitability of non-integrated paper companies.
In 2017, China adopted a restrictive policy on imports of waste, which had the effect of restricting market opportunities for RCPs collected in Europe and North America. This increase in supply in Europe has had a decreasing effect on prices, significantly for corrugated case material (CCM) (-38% on average per year in 2018 compared to 2017).
What are the prospects for 2019 ? Like most industrial activities, the French paper industry will be impacted by the trends in global and European growth, which in turn will be partly determined by international factors : the result of the trade war between the United States and China, the consequences of Brexit and the scale of the slowdown in Chinese demand.